James Bond May Not Like His New Aston Martin

007 will reportedly drive a more environmentally-friendly car in the next movie.

Aston Martin cars are synonymous with the James Bond movie franchise. The 1964 movie Goldfinger turned the Aston Martin DB5 into one of the most famous movie cars in the world. Aston Martin even created the one-off DB10 Concept for the 2015 movie Spectre, which directly inspired the new Vantage's athletic styling. Many fans have been wondering which Aston Martin will star in the next Bond movie slated for release in April 2020, which will be the 25th film in the long-running spy franchise.

According to a report by The Sun, the British spy will drive the zero-emissions Aston Martin Rapide E in the next Bond film, the automaker's first-ever fully electric car.

Citing an "insider," The Sun claims director Cary Joji Fukunaga is a "total tree-hugger" and made a push for Bond to drive a more environmentally-friendly supercar. Long-time producers Barbara Broccoli and Michael G have reportedly approved the idea and Fukunaga is "working directly with Aston Martin to get one of their electric cars ready for its big close-up."

While it won't have a combustion engine, the report promises the Rapide E will still have "all the high-tech gadgets" and will feature in an "incredible action sequence," which probably means it won't survive in one piece. Q won't be pleased. Shooting for the next Bond movie, tentatively known as "Shatterhand," is expected to start next month after long delays.

As for the Rapide E you'll be able to buy, Aston Martin's first electric supercar is being developed in collaboration with Williams Advanced Engineering and will have a 65 kWh lithium-ion battery pack powering two electric motors to develop a combined output of over 600 hp and 701 lb-ft of torque. This setup will enable the electric supercar to accelerate from 0-62 mph in less than four seconds before hitting a top speed of around 155 mph. Production will be limited to 155 units, with first deliveries scheduled for Q4 2019. 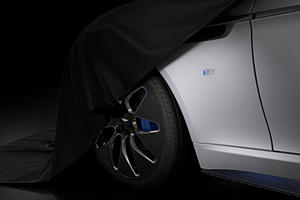 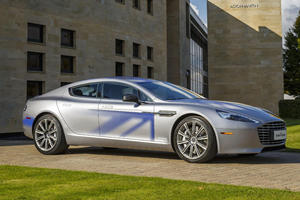 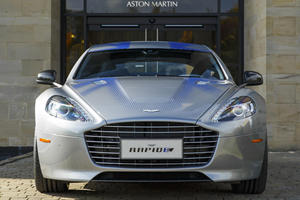 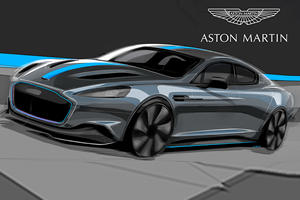 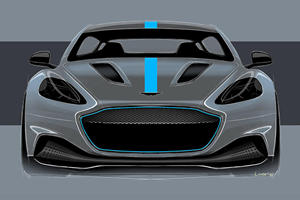