Japan's New Emperor Will Have An Amazing One-Off Toyota

This may be one of Toyota's coolest cars of all time.

Imagine you are the crown prince (or princess) of an entire country and you have to choose a car for your coronation ceremony. What would you choose? Royal families tend to use extremely special vehicles built by local automakers like the all-electric Jaguar E-Type Zero used for Prince Harry and Meghan Markle's wedding. When Japan's Crown Prince Naruhito married Crown Princess Masako back in 1993, he arrived in a British-built Rolls-Royce Corniche Convertible rather than something built in Japan.

Prince Naruhito is set to be coronated to the throne as Japan's new Emperor and wanted to use his Corniche. But reports claim that the Rolls-Royce from the wedding is in a state of disrepair. Instead, the Wall Street Journal reports that Prince Naruhito will use a one-off car from his home country of Japan.

Only one Japanese car is truly fit for an Emperor, the Toyota Century. Toyota has never sold the Century in the US, likely because few people would pay around $200,000 for a Toyota. While the old car once used a V12 engine, the latest Century is powered by a 5.0-liter V8 mated to an electric motor to produce a total of 431 horsepower (the same drivetrain used in the old Lexus LS 600h).

Toyota only hand-builds around 50 of these cars per month, so there is a long waiting list to get one - but we're sure the Crown Prince was able to jump the line. This ultra-luxury limo is a favorite among CEOs, politicians, and now royalty. But Prince Naruhito's car will have something not found on any other new Century. Or rather, it will be missing something - a roof.

Prince Naruhito's one-off Century will be a convertible. The details are still scarce but the Japanese government has confirmed that the car will be a roofless version of the Toyota Century. This means Toyota may have just chopped the roof off, rather than build a complex folding soft-top. You can see our amateur rendering of what the car could look like (pictured above) but we will update the story with official pictures if they are released. The coronation is set to take place today, May 1, 2019. 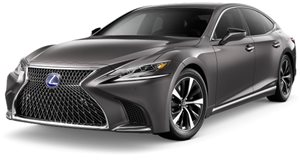 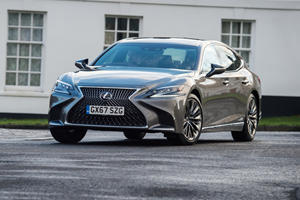