Jeep Won't Back Down To Demands Of The Cherokee Nation

Should the Cherokee name be changed or not?

The Jeep Cherokee and Grand Cherokee were thrust into the spotlight late last month, though not necessarily under ideal circumstances. We previously reported on Cherokee Nation chief Chuck Hoskin Jr.'s thoughts regarding the off-road brand's use of the tribal name for its wildly popular SUVs. Hoskin made clear that although Jeep has good intentions, the continued use of the nameplate "does not honor us by having our name plastered on the side of a car." His comments have since put Jeep in a very delicate position and the two sides continue to talk.

Automotive News asked Hoskin for an update on those discussions, and he confirmed that Jeep reached out following the last report but his position on the matter remains unchanged.

And so is that of Jeep, who "respectfully declined" to drop the names. "I thought it was the right move to drop it," Hoskin said following the most recent talks. "And I think they respectfully declined to take that action. But they also left the door open, I think, for further discussions, and so did we. So I think it was a good discussion in that respect." In a statement, Jeep made clear it was committed "to a respectful and open dialogue" and said its vehicle names were "carefully chosen and nurtured over the years to honor and celebrate Native American people for their nobility, prowess, and pride."

Hoskin and the Cherokee Nation appreciate the dialogue with Jeep but see this issue as something much bigger.

Ideally, he wants Jeep to do what two professional sports teams (the Cleveland Indians and Washington Redskins) have already done by changing their names. "In 2021, the country is in a better position than they've been, say a generation ago, to think about what it means to use the names of Native peoples," he added. "Beyond just the Jeep issue, to depict our culture in the form of mascots or chants at football stadiums, I think the country's in a better place to have a discussion about those and hopefully move away from those depictions and those name usages."

Jeep has in the past reached out to the Cherokee Nation regarding donations but never before has it been put in the hot seat like now, just as it prepares to launch its luxurious new three-row Grand Cherokee L. 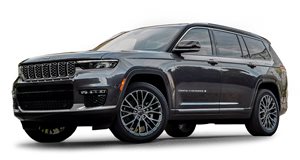 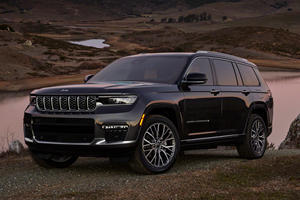