The automotive enthusiast site only just cracked the five-year mark.

It's been five years since the well-known trio of Jeremy Clarkson, Richard Hammond, and James May - known for their many automotive adventures around the globe, including here in Detroit - co-founded the online social media platform known as DriveTribe. With the backing of the three stars and the community platform's unique "Tribes" that were hosted by the trio or could be created by anyone else, focusing on any number of automotive-themed topics, one could justifiably have expected the platform to thrive.

Unfortunately, the site is officially shutting down according to a new post shared by the DriveTribe team. The post pointed to the continuing global chip shortage, and the consequent reduction in marketing budgets, as one of the reasons for the decision to shut down DriveTribe.

"For many months we've been facing significant industry challenges, which unfortunately aren't going anywhere," said DriveTribe in a statement. "The protracted global shortage of computer chips has caused a number of challenges for the automotive industry, and led to severe reductions in marketing budgets across the industry."

According to DriveTribe, which relies on advertising, the operating environment had simply become unfeasible. The demise of DriveTribe extends to FoodTribe websites and apps, and the closure of the business as a whole is planned for the end of January. As a result, users of the DriveTribe platform will have only a limited time to download their content.

"We're all really disappointed that challenges in the industry - not in the least helped by the ongoing pandemic - have simply made it impossible to continue with the business in its current form," said Clarkson.

Richard Hammond will, however, try to keep the DriveTribe community going via its social media channels. Hammond is known not only for escaping some of the scariest car crashes ever witnessed but for owning beautiful exotics like the Ferrari 550 Maranello and Aston Martin DBS Volante. As Hammond continues to entertain on social media, Clarkson and May will also continue to make an appearance with him in these spaces from time to time. For loyal DriveTribe users, it'll be scant consolation as the platform's time in the spotlight draws to a close. 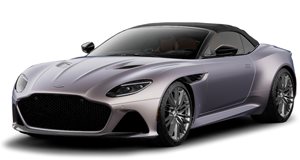 Model Overview
Ferrari 812 GTS Review: Engine In The Front, Party In The Back