The record has now been officially verified by Guinness World Records.

Professional racing driver and TV personality Jessi Combs was tragically killed last August while attempting to set a new land speed record achieved by a woman in a 52,000-horsepower jet car, a title held by Kitty O'Neil since 1976. She was already the fastest woman on four wheels having hit a speed of 398 mph in the North American Eagle Supersonic Speed Challenger in 2013, but her ultimate goal was to become the fastest woman on earth.

After the crash, her family said that "Jessi's most notable dream was to become the fastest woman on Earth, a dream she had been chasing since 2012." Now, her dream has come true.

Last year, we learned that Combs' speed record was submitted to Guinness World Records after the crash. Now, Guinness World Records has verified that Combs achieved an average speed of 522.783 mph during the two speed runs before the crash, giving her the title of "fastest land speed record (female)." In the two runs, Combs achieved speeds of 515.346 mph and 548.432 mph, but the record is an average speed of the two runs. It makes the Bugatti Chiron, which has a top speed of 261 mph, seem slow.

This was fast enough to beat the previous 512.710-mph record set by Kitty O'Neil in 1976 in a three-wheeled rocket-powered vehicle, making Combs the first woman to set a new land speed record in over 40 years.

Combs also took part in the Baja 1000 race and became the first woman to secure a class win in the Ultra4's King of the Hammers event. To celebrate her life, the Petersen Automotive Museum held an exhibition last year called 'Jessi Combs: Life At Full Speed' showcasing her personal motorcycles, memorabilia from her appearance on the car show Overhauling, and excerpts from her personal notebooks.

Donations were also set up to support the Jessi Combs Foundation that aims to "to educate, inspire and empower the next generation of female trailblazers and stereotype-breakers." 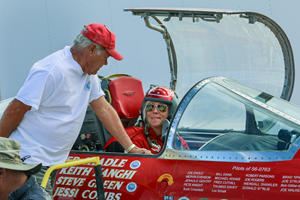 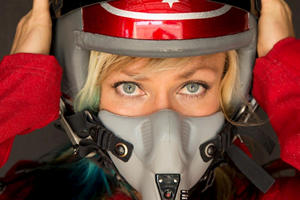 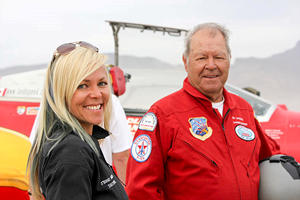 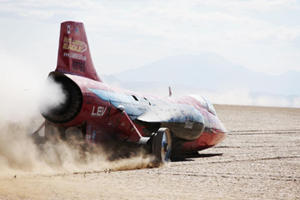 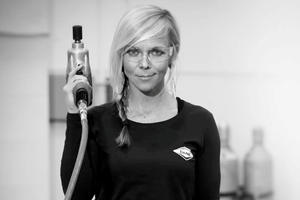