The Man In Black wouldn't drive anything uncool.

The Town Car itself has been missing from the Lincoln lineup since 2011 but still remains a fairly common choice for livery companies, though many have switched to the Lincoln MKT.

Big V8-powered, rear-wheel-drive cruiser sedans like the Town Car have long been out of fashion, but there was a time when they symbolized status and celebrity. American music legend Johnny Cash, the Man In Black himself, not only had both status and celebrity, but also good taste in making those big old sedans way cooler than when they first rolled off the factory line.

Set to go up for auction this weekend at Barrett-Jackson's Scottsdale, Arizona event is Johnny Cash's customized 2001 Lincoln Town Car. June and Johnny just didn't walk into their local Lincoln dealership and place an order or drive something off the lot; their Town Car was custom built.

Power came from the only engine Lincoln offered: a 4.6-liter V8 with a mere 239 horsepower and 287 lb-ft of torque paired to a four-speed automatic transmission. Put it this way: many of today's cars with a turbocharged four-cylinder engine are more powerful than this, but Mr. and Mrs. Cash had no interest in going fast. They were all about style and this Town Car has it. The exterior is finished in – what else – black, and a landaulet roof and a continental-style trunk were fabricated. There's also chrome covering the B-pillars.

The interior is finished in gray and there's a gold dedication plaque stating the car was "Built Especially for June and Johnny Cash". The analog clock directly above the plaque also has a gold surround.

There are only 29,000 miles on the odometer but it's unclear how many of those were driven by Johnny Cash. After June died in 2003, Johnny gave the car away to his neighbors in Jamaica. They later shipped it to Germany, their home country, and have owned it ever since. The auction house states there is no reserve.

This Lincoln Town Car was not the only big black sedan Cash owned. Among others, he had a 1975 Cadillac Fleetwood sedan (pictured below) that was also sold by Barrett-Jackson in 2006 for $23,650. The 2020 Barrett-Jackson Scottsdale auction is taking place beginning January 11 until January 19. 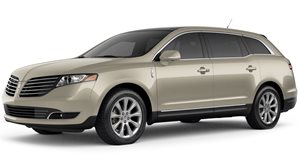 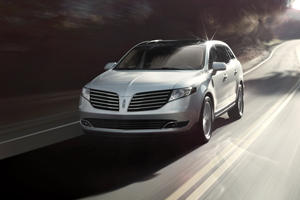 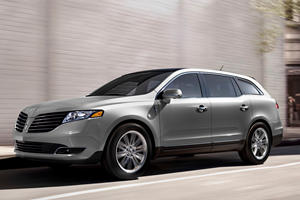