This could be Ken Block's toughest challenge yet.

To celebrate the tenth anniversary of the first Gymkhana video last year, Ken Block wanted to make Gymkhana Ten the biggest and best yet. The result was an epic 20-minute video that took us on a tire-shredding tour across five locations in five different cars, including the 1,400-hp 1965 Ford Mustang RTR Hoonicorn V2, a 1990s Ford Escort Cosworth Group A rally car, and the debut of the insane Hoonitruck.

This year, Ken Block's Hoonitruck is making a comeback in Climbkhana 2, a sequel to last year's hill climb spin-off to the Gymkhana series. If you need a recap, the first Climbkhana video saw Ken Block driving sideways up the perilous Pikes Peak Hill Climb in the Hoonicorn Mustang V2. At times, it was scary to watch – who can forget the heart-stopping shot of Block drifting along the edge of a cliff face with inches to spare? 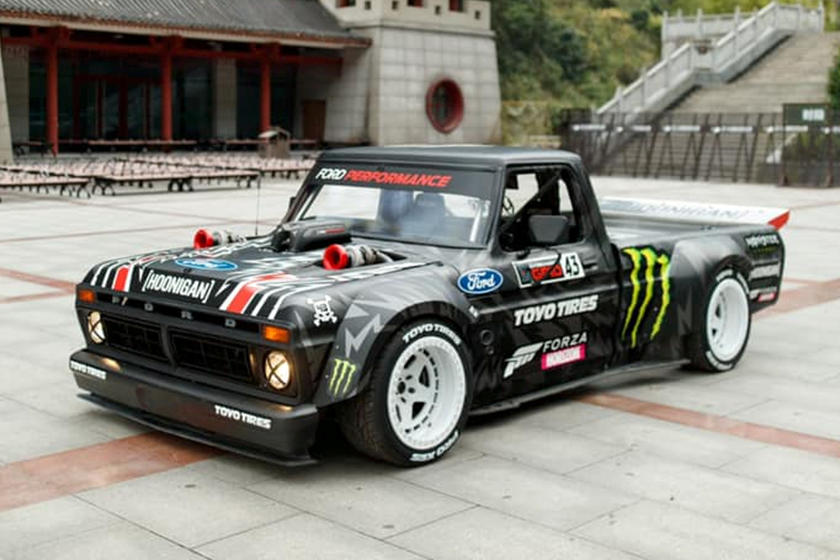 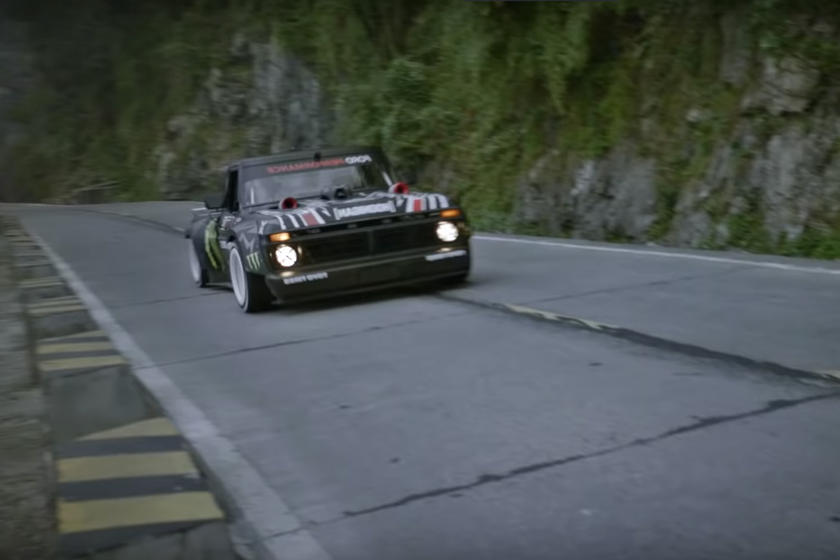 For the sequel, Block will take on the Tianmen Mountain road in China known as "Heaven's Gate." You would think an ideal vehicle to navigate the twisty Chinese course would be something light and nimble. Block's vehicle of choice? A modified pickup truck. Based on a 1977 Ford F-150, the Hoonitruck packs a 3.5-liter, twin-turbo EcoBoost V6 tuned to produce a whopping 914 horsepower. 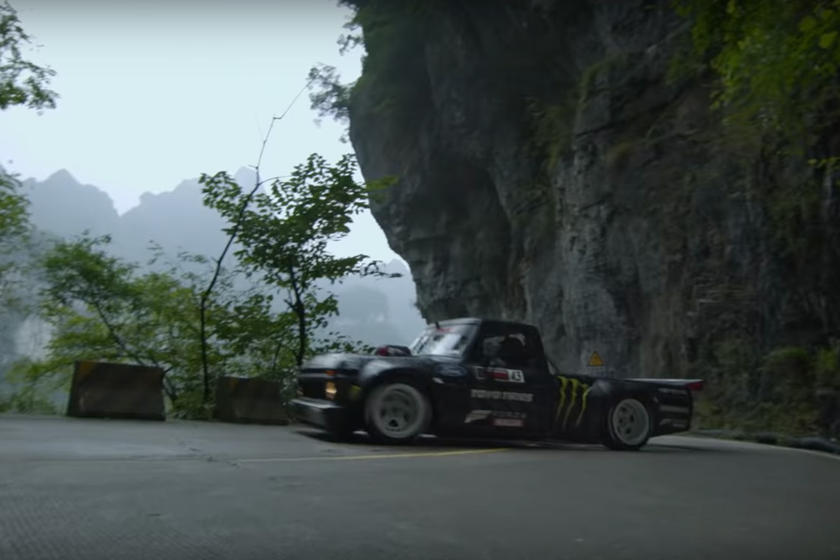 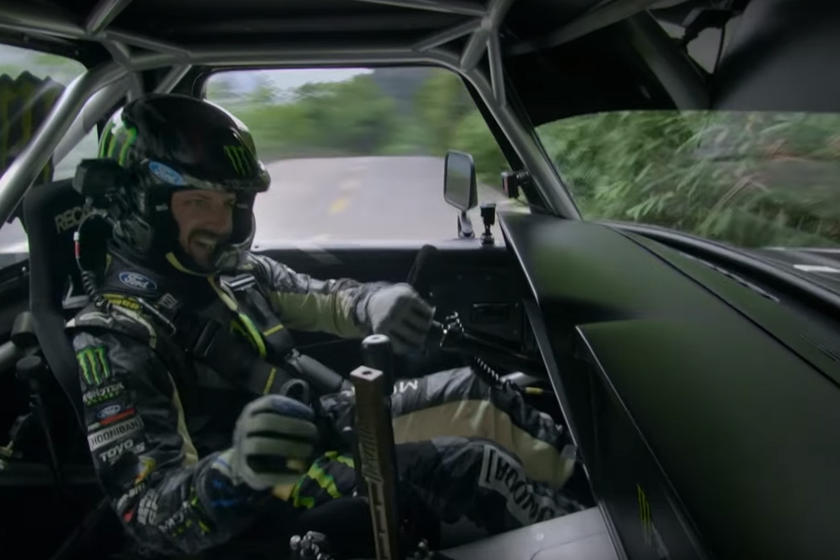 A teaser video has been released for Climbkhana 2, and it looks terrifying. The 6.8-mile Tianmen Mountain course is renowned for being one of the most difficult and dangerous roads in the world with 99 tight turns and a climb of over 3,937 feet, so there's no margin for error. This could be Ken Block's toughest challenge yet.

Volkswagen also recently set a record lap time at Tianmen Mountain with the electric ID.R race car, but we're not expecting Block to beat it. Just surviving the course in one piece will be an accomplishment. Climbkhana 2 will be released on November 18. 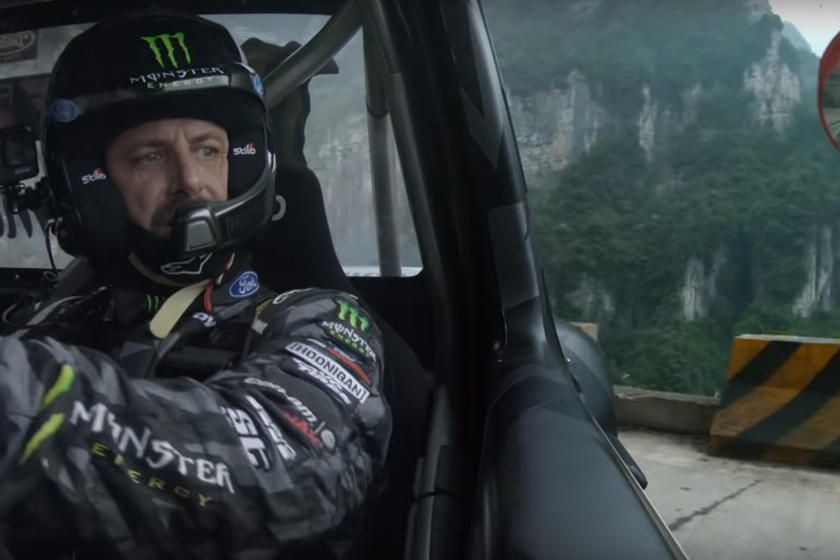 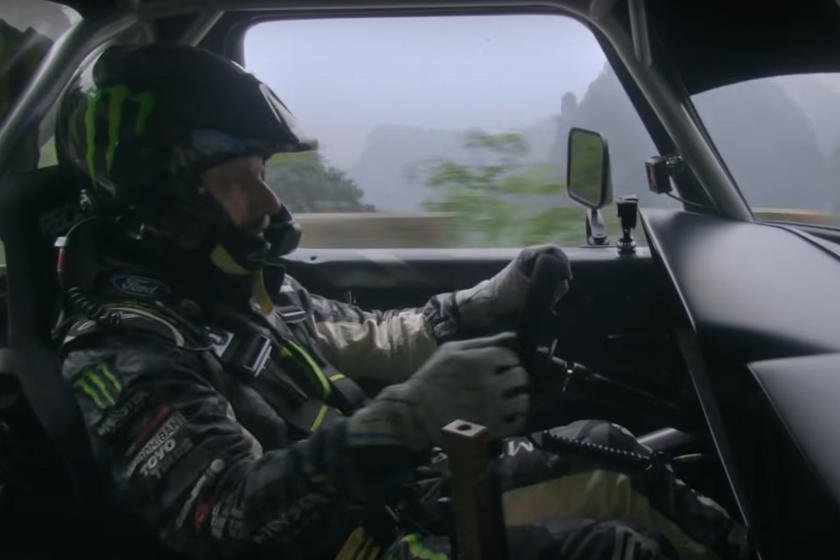 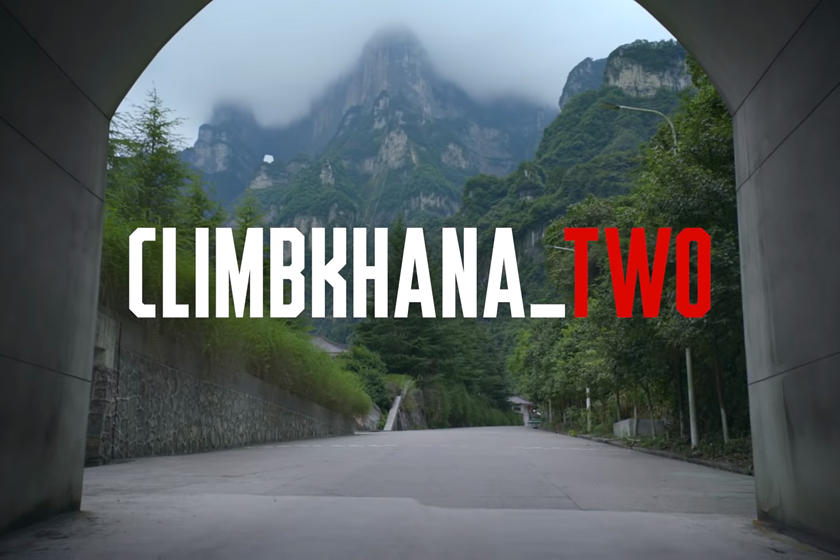 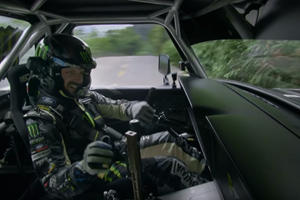 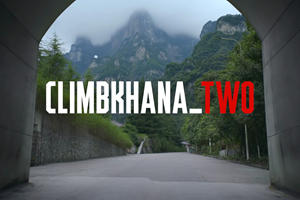 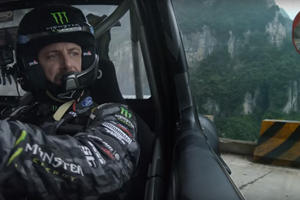 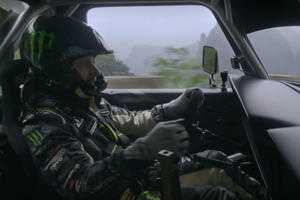 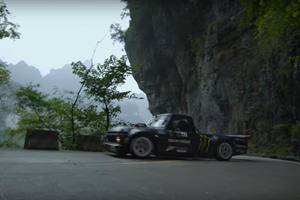 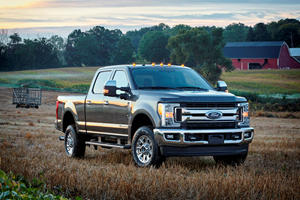