Kia promised the e-Niro would deliver a range of 301 miles, but this has now been downgraded after a testing error was discovered.

When it was first unveiled at the 2018 Paris Auto Show back in October, Kia claimed the fully electric e-Niro, which will be known as the Niro EV in the US, would deliver an impressive range of up to 301 miles on a single charge in the 64 kWh range-topping model, while the more-affordable 39.2 kWh model was rated at 193 miles based on the European WLTP standard. However, a testing error has resulted in a downgrade of the Kia e-Niro's official range.

According to Autocar, the error was discovered after am organization overseeing the Worldwide Harmonised Light Vehicle Test Procedure (WLTP) cycle provided an incorrect testing methodology and approved the results it generated while testing the Kia e-Niro. This led to the EV being tested for a disproportionate length of time on the WLTP urban cycle with lower vehicle speeds and a reduced energy requirement, causing the range to be over-estimated. Kia discovered the wrong result during ongoing homologation work for another new Kia electric vehicle.

As a result of the discovery, the official range for the 64 kWh Kia e-Niro has been downgraded to 282 miles, while the 39.2 kWh version now has an estimated range of 179 miles. Don't forget these estimates are based on the European WLTP cycle, so the US range could vary slightly. Kia says it has started contacting customers who have ordered the e-Niro to explain the changes. It will be interesting to see if the Hyundai Kona Electric or any other vehicles tested by the agency have also been affected.

While the Kia e-Niro has less range than initially advertised, the crossover still comes with plenty of technology that improves its efficiency, such as regenerative brakes and an Eco Driving Assistant System that tells the driver how to drive more efficiently. This system also includes Coasting Guide Control and Predictive Energy Control. The 64 kWh Kia e-Niro is powered by an electric motor delivering 201 hp and 291 lb-ft of torque, whereas the 39.2 kWh model utilizes a 134-hp electric motor. 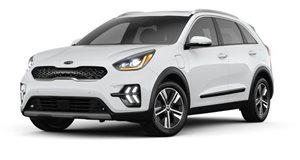 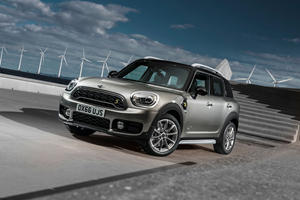