The midsize pickup would have an uphill battle trying to target the Tacoma in America.

New spy shots from Auto Spy show a pickup truck development mule from Kia. Aside from commercial vehicles like the Bongo, Kia has never built a consumer-grade pickup, especially not for a North American audience.

Based on what we can see from these photos, the test mule is built using body-on-frame construction, meaning it competes against midsize trucks like the Ford Ranger and Toyota Tacoma, not the smaller Ford Maverick and Hyundai Santa Cruz.

The front-end styling looks like the 2023 Kia Telluride, but it 2023 Kia Telluride, but it has more in common with the Kia Mohave, a larger three-row SUV that's only sold in South Korea. The Mohave is Korea's version of the Kia Borrego, which was only sold in the US for two model years. We can see the headlights are roughly the same shape as the Mohave's, and it also shares the SUV's six-lug bolt pattern.

Not much else is known about this prototype, but it likely shares its rear-wheel-drive, body-on-frame architecture with the Mohave SUV.

That means it will likely share the Mohave's 3.0-liter turbocharged V6 diesel engine producing up to 260 hp and 413 lb-ft, which would be perfect for a truck application. Of course, using a diesel also means there is very little chance that Kia will offer this truck in the US market.

Even if Kia had another viable engine, it would have to build this vehicle locally to avoid the 25% Chicken Tax, a 1960s-era tariff on light trucks, in response to tariffs on US chicken exports.

It's been almost a decade since Kia has expressed serious interest in building a pickup truck for the US market.

The South Korean automaker released the Mojave Concept (not to be confused with the Mohave SUV) in 2004 but has since remained coy on any future plans to offer such a vehicle or even its own version of the smaller unibody Hyundai Santa Cruz.

If it does come to the States, Kia might need to change the name. The word "Mojave" is used by Jeep and is close enough to start a court battle. 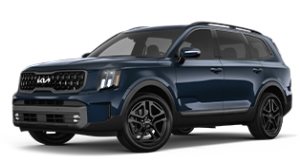