by Nikesh Kooverjee For Sale / 4 Comments

When you have been behind the wheel of a Formula 1 car for almost two decades, even high-end performance cars such as the Ferrari F12tdf can come across as a bit tame. Perhaps this is the reason why Kimi Raikkonen has decided to let go of his World Championship Edition after covering no more than 1,200 miles.

This model benefited from a 799-unit production run but this particular example (currently listed by Carstar in Germany) was commissioned specifically for Raikkonen when he was a member of the brand's team in 2016. The build is rather discrete though, with the only distinctive design cue applied being a '7' depicting his race number applied to the roof, and unique embroidery on the seat headrests. Given the exclusivity of the car and the ownership history, the price has been listed at a hefty $2.7 million.

The F12tdf was introduced in 2015 as a tribute to the Tour de France. This is not in reference to the cycling event but rather an annual endurance race that took place from 1899 to 1986. From 1956 to 1964, the Ferrari 250 was able to clinch a few wins and this car was created to honor such successes.

The ultra-rare F12 uses the same naturally aspirated 6.3-liter V12 as found in the F12berlinetta, but the power has been cranked up to 769 horsepower and 520 lb-ft of torque. The engineers also managed to lob off 245 pounds of mass from the standard car, bringing the curb weight figure down to 3,351 lb. On Ferrari's Fiorano test circuit, it recorded a time that was just 1.3 seconds behind that of the LaFerrari hypercar. 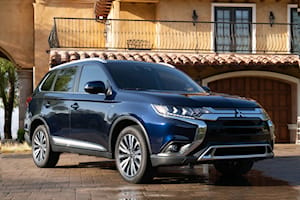 If Kimi's personal Ferrari isn't to your taste, keep an eye on auction sites. Raikkonen's race-winning McLaren F1 car was listed for sale last year for less than this F12, but if you must have something with the famous Prancing Horse logo but can't be bothered to import Kimi's car from Germany, we'd suggest keeping an eye out for an 812 Competizione. Both it and its drop-top sibling sold out before even being revealed, but with 999 versions of the coupe made, it's a little more common than the F12. With 819 hp and 510 lb-ft of torque, it's even more extreme too. 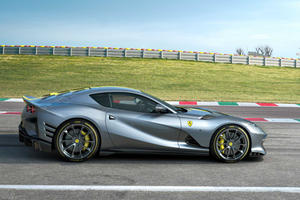