Production could be limited to just 11 units.

Koenigsegg kicked off the year with the reveal of two new incredible hypercars: the 300 mph+ Koenigsegg Jesko Absolut and the four-seater Koenigsegg Gemera. In a post on social media, company founder Christian von Koenigsegg promised that we can look forward to more exciting reveals later this year.

"2020 is going to be the year of the Regera and rolling out some very exciting activities, done in true Koenigsegg fashion," Koenigsegg said. "Watch this space for thrilling announcements." According to The Supercar Blog, Koenigsegg is working on a new limited-edition hardcore track car as a rival to the McLaren Senna GTR. Sources have told the publication that the project has been given the green light.

One of the codenames for the mystery track car is reportedly 'LM,' which could suggest the styling and extreme aerodynamics inspired by a Le Mans race car. Production of the track-only hypercar is rumored to be limited to between seven and 11 units. Due to its exclusivity and extreme capabilities, it's expected to be the most expensive Koenigsegg yet.

For reference, the regular Koenigsegg Jesko starts at a whopping $2,800,000, so this new hardcore track weapon could cost more than $3 million. Despite this, we won't be surprised if every example has already been sold as the car was presented to VIP customers at Pebble Beach last year.

Technical details are still unknown, but the new track car will likely be based on the Jesko. If so, power will be sourced from a 5.0-liter twin-turbo V8 that produces 1600 hp and 1106 lb-ft of torque in the Jesko, paired with a nine-speed multi-clutch transmission.

Whereas the Jesko Absolut focuses on straight-line speed, the new hardcore track car will boast improved driving dynamics. Bugatti has taken a similar approach with the track-focused Bugatti Chiron Pur Sport. But unlike the Bugatti Chiron Pur Sport, Koenigsegg's new track weapon won't be road legal. No reveal date has been announced, but we'll hopefully find out what Koenigsegg has been cooking up later this year. 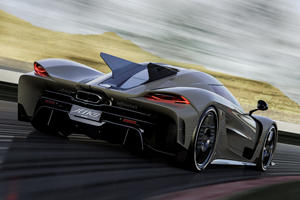 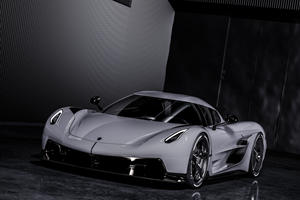 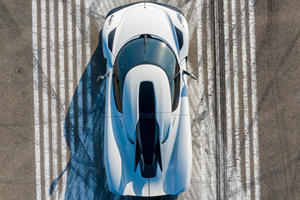 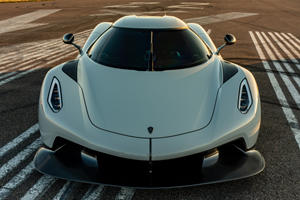 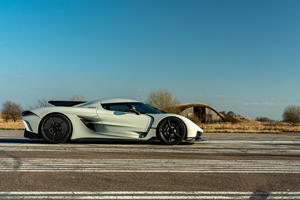