Did you even know the Jalpa existed?

Lamborghini has made some crazy cars over the years, but the Jalpa wasn't one of them. This year the Italian manufacturer is celebrating the 40th anniversary of the Jalpa, and unlike the Countach, it won't receive a 21st-century makeover.

Like so many other cars, the Jalpa was ahead of its time. Even though it was named after a breed of fighting bulls, it was meant to be more user-friendly than Lambo's halo product at the time, which was the Countach. Essentially, Lamborghini knew as early as the late 1970s that it needed a more affordable product to slot in under its V12 supercar. That sounds familiar, doesn't it? More on that later.

The Jalpa was the final version of two similar predecessors; the Urraco and Silhouette. It was a mid-engined supercar with a Targa top, designed by Marc Deschamps, the director of the famous design house, Bertone.

Lamborghini introduced it to the world at the 1981 Geneva Motor Show, featuring a 90-degree V8 engine constructed entirely of aluminum. It had four chain-controlled overhead camshafts, twin Weber 42 DCNF carburetors, and a compression ratio of 9.2:1. This engine produced 255 horsepower at 7,000 rpm, which was unheard of at the time. The average power output of a large capacity V8 in the USA was around 190 hp. The Jalpa would be the last Lamborghini to use a V8 until the Urus came along.

The Jalpa Lamborghini used at the Geneva Show was finished in a unique metallic bronze color that was never part of the color palette. The design also changed slightly when it went on sale, but nothing so drastic that you'd notice. Crucially, it had the coolest design feature in automotive history - pop-up headlamps.

When it went on sale in 1982, the Jalpa was equipped with 16-inch alloy wheels with Pirelli P7 low-profile tires. Pirelli remains Lamborghini's tire partner of choice, with the two firms even building a limited production car to celebrate their working relationship. It also had a leather interior and a removable roof that could be stored in a specially designed space behind the rear seats.

The Jalpa received a facelift in 1984, featuring modifications to the front bumper and air intakes, new taillights, and a revamped interior.

Chrysler, who owner Lamborghini at the time, axed the Jalpa in 1988. Over its six-year lifespan, Lamborghini produced 420 units. That figure seems dismal, but the Jalpa outsold the other famous car that made its debut alongside it at the 1981 Geneva Motor Show. Lamborghini also showcased the LM001, which would become the LM002, better known today as the Rambo Lambo. Alongside the Countach, it was the poster child for 1980s excess. Combined, they were the ultimate one-two garage.

Chrysler did not see the potential of an entry-level Lamborghini. Lamborghini waited a few more years until Audi took over. The Germans recognized a gap in the market, and the result was the 2003 Gallardo, which would go on to become one of Lamborghini's most successful cars ever.

It's a pity Chrysler pulled the plug because we would have loved to see the evolution of the Jalpa. We'd have at least one more generation of a Gallardo and Huracan-like Lamborghini, both of which are epic cars. 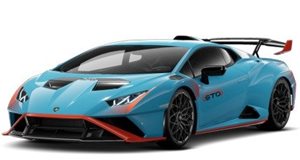