How many more automakers will drop out of Geneva this year?

The surprising announcement was tucked away in Lamborghini's glowing 2019 sales report: "Lamborghini also continues its strategy in 2020 of presenting new models and initiatives within exclusive and personalized settings and events for customers and media. In this context Lamborghini will not be present at the upcoming Geneva Motor Show 2020," the automaker wrote.

Unveiling new models at standalone events has made more and more sense over time, as this means Lamborghini won't have to share the spotlight with other automakers, or pay the costly rates to officially reveal a vehicle at an auto show. Even so, this is another major blow for the otherwise popular Geneva Motor Show.

Last year, several mainstream automakers also pulled out of the 2019 Geneva Motor Show, including Hyundai, Jaguar Land Rover, and Ford. Lamborghini's VW Group corporate siblings Audi, Bentley, Bugatti, Porsche, and Volkswagen will be showcasing models at the 2020 show, however, as will Ferrari according to the exhibitor's list on the official Geneva Motor Show website.

While Lamborghini won't be at the 2020 Geneva Motor Show, there will still be plenty of shiny new supercars to drool over including the production version of the Rimac C_Two. Rumors suggest a new 300 mph+ Koenigsegg Jesko concept will make its world debut and Bugatti will also likely present its new hypercar at Geneva this year.

Last year, Lamborghini sold a total of 8,205 units worldwide, an increase of 43 percent compared to 2018. Unsurprisingly, the launch of the Urus SUV helped Lamborghini achieve this phenomenal growth, with 4,962 units sold in 2019. 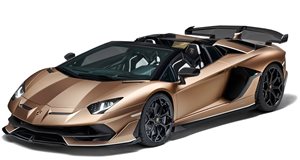