Lamborghini Ends Sales Of The Aventador

The Lamborghini Aventador is no longer available to order. This Italian supercar, famously named after a Spanish fighting bull, has been around for the better part of a decade, and has been sold in numerous configurations, including the Aventador S, Aventador SVJ, and Aventador Ultimae. The Ultimae is officially the last-ever Aventador, but Lamborghini promised that the V12 engine will survive, and future models such as the Lamborghini Countach LPI 800-4 will make use of hybrid technology. This is truly the end of an era, and it's the last time we'll see an unassisted naturally-aspirated V12 engine do its thing. But Lamborghini is promising big things, and we're excited.

The Aventador, which made its debut at the 2011 Geneva Motor Show, replaced the much-loved Murcielago. After ten years in production, it is set to be replaced by the end of 2022, or early in 2023, and promises an all-new V12 engine mated to a hybrid powertrain of sorts. Lamborghini says that deliveries of the Lamborghini Ultimae will continue up until the end of 2022, but that order books have now officially been closed.

After 2016 the S trim became the base model, and in 2018 Lamborghini started producing the Aventador SVJ, with only 900 coupes and 800 roadsters being built. Even more special was the SVJ 63 coupe and roadster of which only 63 were made. The final version of the Aventador, the Ultimae, is powered by a naturally aspirated 6.5-liter V12 producing 769 horsepower and 531 lb-ft of torque. That's ten more horses than the SVJ. The car weighs only 3,417 thanks to some carbon fiber magic, and will launch to 62 mph in only 2.8 seconds, and hit a top speed of 220 mph. Only 350 coupes, and 100 roadsters will ever see the light of day, with prices starting at close to $600k. We loved the raw and untamed nature of the Aventador, and whatever comes in its place will have big rear tires to fill. Farewell, sweet prince. 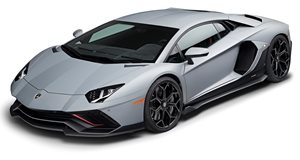 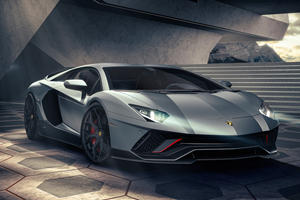