Lamborghini Has A Big Debut Happening This Week

The official teaser is here.

Lamborghini has just officially announced it has something "Ahead of its time" debuting this coming Wednesday, July 8. Only a single teaser has been revealed with this quote and time. Could this week's reveal be the track-only Lamborghini SCV12 previously shown by way of lightly camouflaged images? Possibly, but we're not convinced. The SCV12 is scheduled to debut in the near future but since it's not street-legal, we don't think it'll have the usual fanfare road-going Lambos receive prior to their unveiling.

The included teaser image is one such sample of fanfare. So, where does this leave us? What could this vehicle be? Lamborghini refuses to divulge any further details at this time, which isn't surprising, but we do have one decent guess: the Lamborghini Sian Roadster.

This would certainly be "ahead of its time" because, like the Lamborghini Sian coupe, the open-top variant would feature a 48-volt mild-hybrid system connected to the familiar naturally aspirated 6.5-liter V12. The result is an additional 34 horsepower for a new total of 819 hp, thus creating the most powerful production Lamborghini Roadster ever. The coupe is limited to only 63 examples, so it stands to reason the rumored roadster variant would be equally rare, if not more so.

Pricing? Well, let's put it like this: the Sian coupe is priced from $3.6 million and roadster/convertible variants typically cost more. A Sian Roadster would likely have similar if not the same levels of extreme performance as its coupe sibling, which blasts from 0 to 62 mph in 2.8 seconds and cruises to a top speed of 217 mph.

But again, we're only speculating on everything here. In any case, we'll all just have to tune in this Wednesday at 12 pm EST to see what Lamborghini has in store, but one thing is clear: the automaker is having a busy summer.

The SCV12, this second mystery model, and possibly something else that would have normally debuted at the now-canceled Pebble Beach event are all on the docket. Stay tuned. 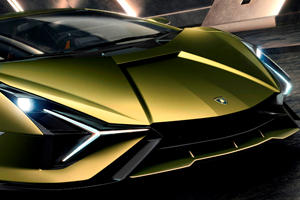 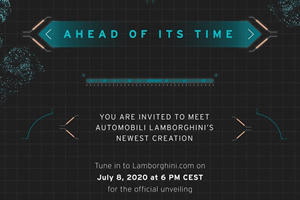 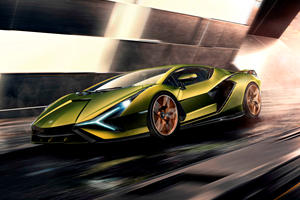 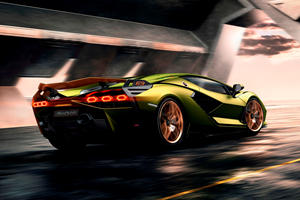 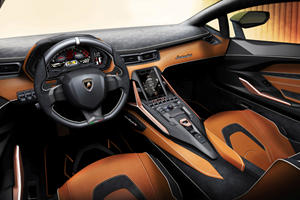