In other words, purists of the original may not like it.

Fans of the Land Rover Defender should not expect for the upcoming reborn Defender to look like the beloved original. According to Australia's Motoring, Land Rover design boss Gerry McGovern admitted the next incarnation of the SUV legend will have a "polarizing" design. However, the new Defender, according again to McGovern, will become the "backbone of the Land Rover brand" and will incorporate new technology to remain "relevant." Don't expect a utilitarian design with visible rivets.

"Let's face it, the previous one over a period of 68 years sold just over two million vehicles. If you think of the Evoque over five to six years it's sold over 700,000 in that period," McGovern said. "In order to justify its investment, it's going to have to be a global vehicle. Future customers will not have any preconceived ideas about it and in order to get people to come to the brand customers will have to buy a Defender on its merit." However, McGovern also admitted diehard fans of the original probably won't buy one simply because they love their old school Defenders too much. McGovern has great respect for fans of the original, "but if they're expecting to see a facsimile of the old one with all the latest tech, then I don't think they'll be satisfied," he added.

"That said, I do think it needs to acknowledge the great heritage of Defender in terms of its capability, in terms of its robustness, its durability-but not necessarily its visual quality." What we can count on is that the new Defender will not be a shrunken version of any other current Land Rover. "Does that mean it will look like a new Discovery? Of course, it won't. It has to go through the same rigor in design, and for me, it has to be honest and true for a vehicle we're producing today and not preoccupied with what's gone before," McGovern said. "To me, a retrospective approach proves a lack of creativity." 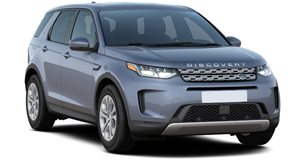