The all-new Land Rover Defender is capable of all sorts of things, from typical daily driving tasks to outdoor adventures. But the automaker has identified yet another category where the SUV will shine. Introducing the Land Rover Defender Hard Top which is based on the Defender 90 and 110 models, i.e. the two- and four-doors. It's aimed directly at the commercial vehicle segment as well as small businesses.

For now, the Defender Hard Top doesn't appear to be heading to the US, although this could change. The UK automaker has confirmed, however, the Hard Top models will launch later this year in its home market.

The Defender Hard Top, for those who know their Land Rover history, dates back to 1950 when the automaker released the demountable Hard Tops for early Series Land Rovers. The new SUV continues this tradition thanks to its fixed metal roof and durability.

It was developed by Land Rover Special Vehicle Operations and shares its overall underpinnings with the regular passenger models. Both variants feature an independent coil-sprung suspension while an electronic air suspension is optional on the 110. Maximum towing capacity is rated up to 7,716 pounds (3,500 kg), a task made easier with systems like Intelligent Advanced Tow Assist which allows the driver steer trailers with their fingers via a rotary control knob on the center console.

Because of its commercial nature, the second and third-row seats have been removed and there's an optional first-row jump seat that'll accommodate up to three people. When this seat is fully occupied and/or the rear is packed with stuff, the ClearSight Rear-View mirror system will prevent the driver from smashing into something thanks to a live video feed from the rear-facing camera. The SUV can also ford through water with a new program in the Terrain Response system.

A few convenience features include over-the-air-update capability, Apple CarPlay and Android Auto compatibility, and even a new smartphone app that gives businesses the ability to keep track of the SUV's location and even how much fuel is left in the tank.

Land Rover says more Defender Hard Top specs will be released in the coming months once it begins taking orders. Pricing will start at 35,500 GBP plus VAT in the UK. 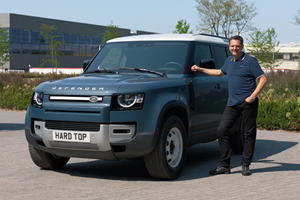 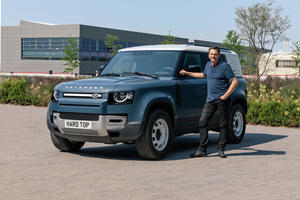 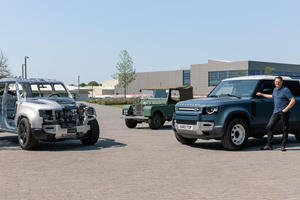 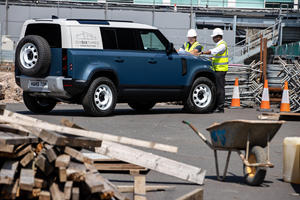 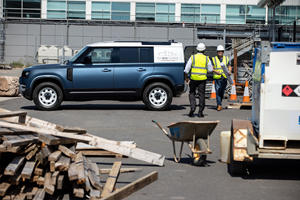