A new fourth member of the new Discovery family is in the works.

Targeting buyers of the Toyota Land Cruiser and its ilk, Land Rover has begun work on a fourth member of its Discovery family. That's according to Autocar who says the new model will be a more conventional SUV, a rugged seven-seater built on the same aluminum platform that underpins the new Jaguar SUV. It will join a Discovery family that will eventually include compact five- and seven-seaters to replace the LR2/Freelander, and an upmarket variant of the LR4.

However, don't expect to see the Land Cruiser rival in showrooms until 2017. Land Rover will place emphasis on giving the new model go-anywhere performance and serious off-road capabilities. The Discovery flagship in the shape of the LR4's replacement will be built on the same all-aluminum platform as the new Range Rovers, posited at affluent families that enjoy city cruising as much as off-roading. Look out for what Land Rover has in store for its new family of vehicles at the New York Motor Show this week, where the Discovery Vision concept will be unveiled. 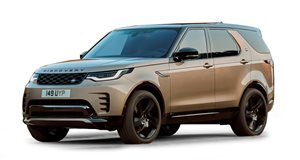 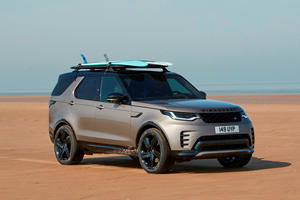