It could be the fastest street-legal hypercar yet.

Last month Lanzante Motorsport dropped its first teaser image of a new McLaren P1 GT Longtail. Now it's released another, confirming our suspicions in the process that it'd lift the veil off the thing at the Goodwood Festival of Speed next week. The names Lanzante and Longtail are bound to elicit salivating from those enamored of the most hardcore McLarens. The independent British outfit first rose to prominence when it fielded the original McLaren F1 GTR to victorious effect at Le Mans in 1995.

More recently, Lanzante teamed back up with McLaren to convert the P1 GTR track toy to road-going LM specification. The GTR, as you may recall, was the track version of the hybrid P1... similar to Ferrari's XX prototypes, all lightened and tightened for the enjoyment of the wealthiest of gentleman racers. Only 40 examples were made (of which just a handful were likely converted by Lanzante), offered exclusively to the 375 owners of the "base" P1. The Longtail name, meanwhile, was first applied to an elongated, streamlined version of the F1 GTR. It was revived more recently on the 675LT (based on the 650S) and new 600LT (based on the 570S).

Both have added an extra dose of hardcore performance to already superb performance machines. The handle and track record bode well, then, for whatever the team at Lanzante have in store for the now-discontinued P1, effectively replaced as it has been by the new Senna. As you may recall, a prototype for the P1 LM managed a blistering lap time of 6:43.22 at the Nurburgring. We wouldn't expect the new Longtail to knock the Porsche 919 off its perch, having bested that time by nearly a minute and a half. But it could very well emerge as the fastest street-legal supercar we've seen yet. 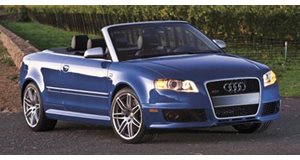