See it 24 hours before you're supposed to.

Late last week, Porsche announced plans to reveal two new 911s tomorrow, May 18. Two very likely possibilities immediately came to mind: the 992 generation 911 Targa and GT3. Today, it appears one of those has been confirmed thanks to some leaked images. What you're looking at are the first images of the next Porsche 911 Targa 4. Although they are a bit grainy, we can clearly see Porsche stuck with the familiar Targa styling on the B-pillars.

As with the outgoing 991 generation, also pictured below, there's an electrically operated folding roof instead of the retractable heavy glass roof found on the 997. Other noticeable details include 'Targa' badges at the rear above the exhaust pipes and, of course, an all-glass hatch. 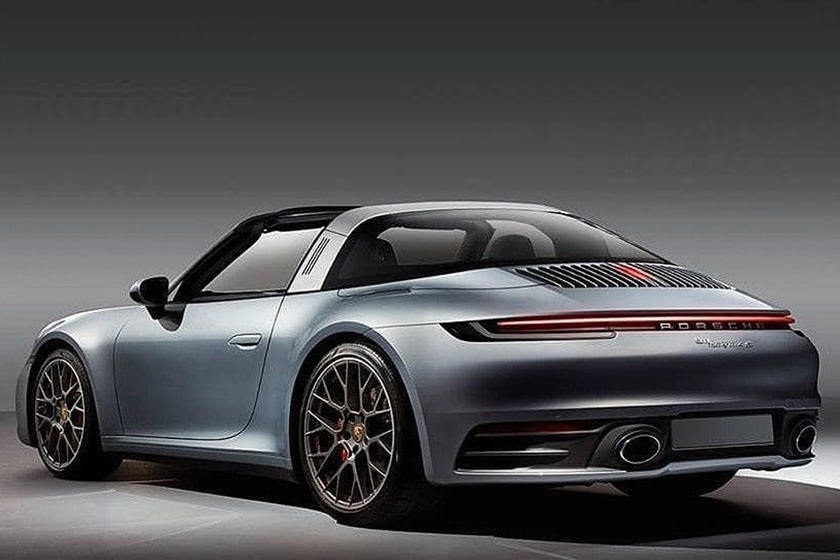 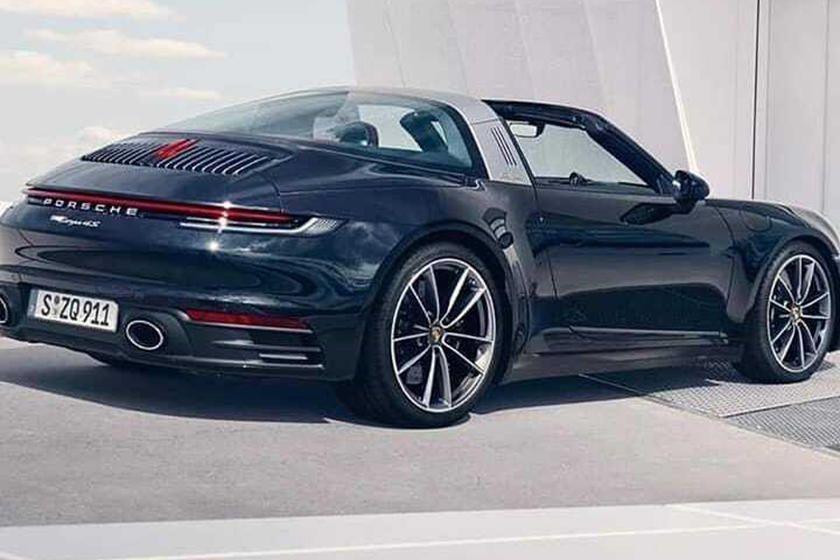 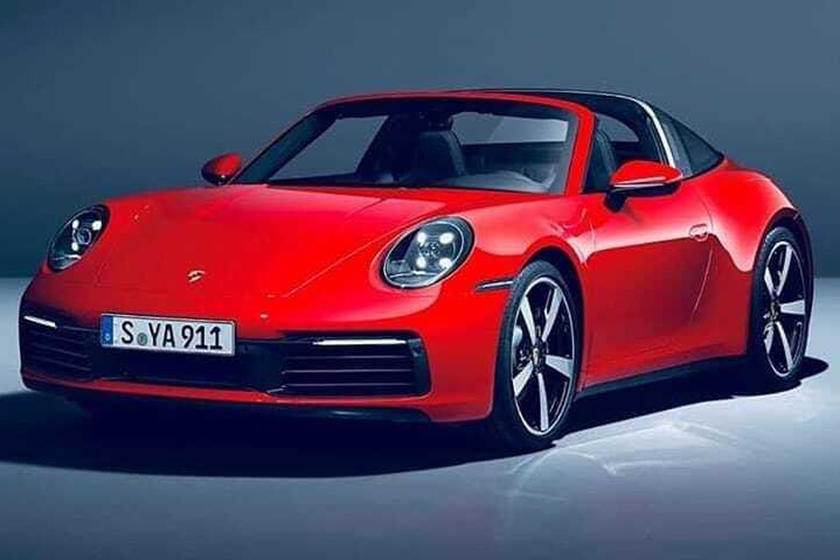 It's basically exactly how we thought the 992 911 Targa would look like, so definitely no exterior styling surprises here. We'll have to wait until tomorrow to get the full lowdown regarding additional information, such as pricing and a launch date.

Because this is the Targa 4, it'll come powered by the familiar 3.0-liter twin-turbocharged flat-six pumping out 380 horsepower and 332 lb-ft of torque. A Targa 4S version is also expected and like its non-Targa counterpart, it'll feature this same engine with an upgraded 444 hp and 391 lb-ft of twist. Power will be routed to all four wheels through an eight-speed PDK gearbox. Will the seven-speed manual transmission be optional? We should find out in 24 hours or so. 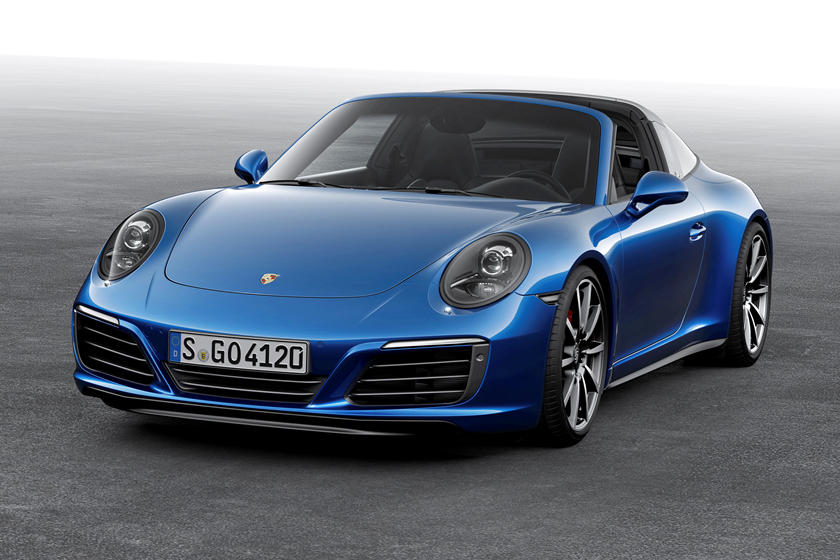 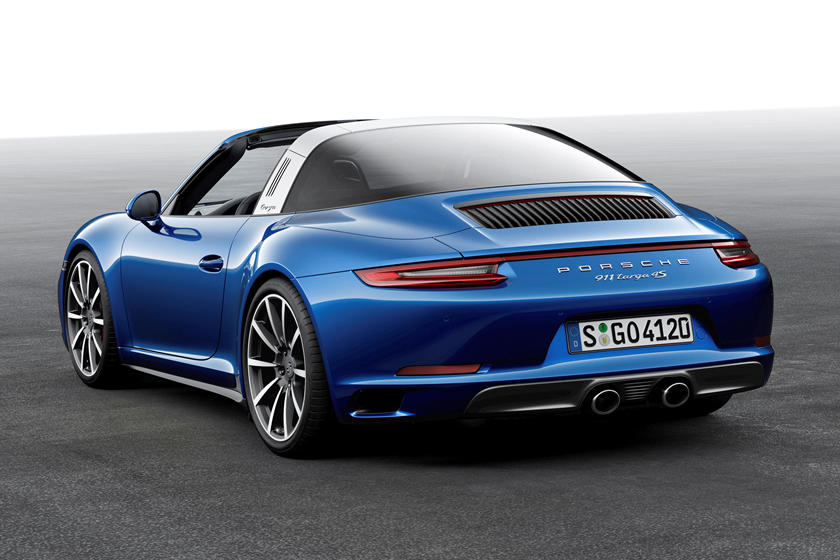 Other equipment you can expect to find is the Sport Chrono Package, adaptive cruise control, night vision, and an optional sports suspension that lowers the car by 10 mm. As for the second reveal tomorrow, chances are it will be the new GT3, as noted above. In fact, Porsche previously and very briefly teased it in its Super Bowl commercial in February. It took a fast eye to even notice.

We'll have complete details on both reveals tomorrow so stay tuned. 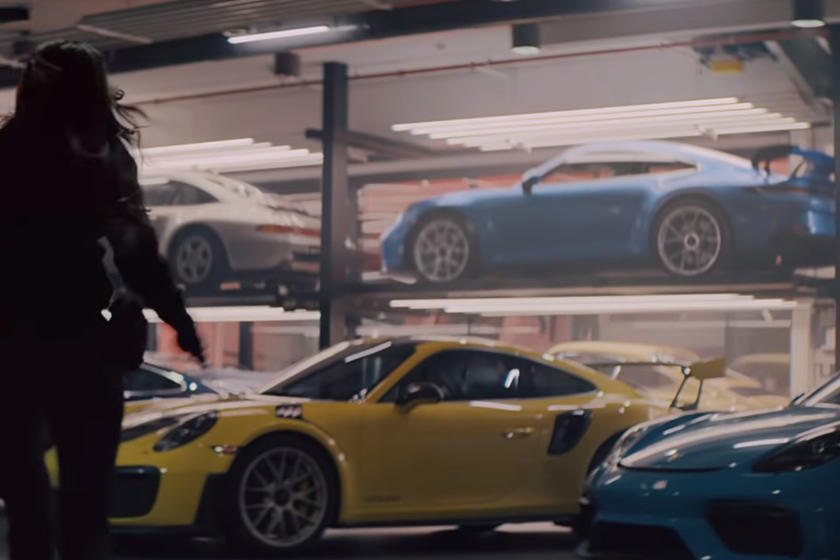 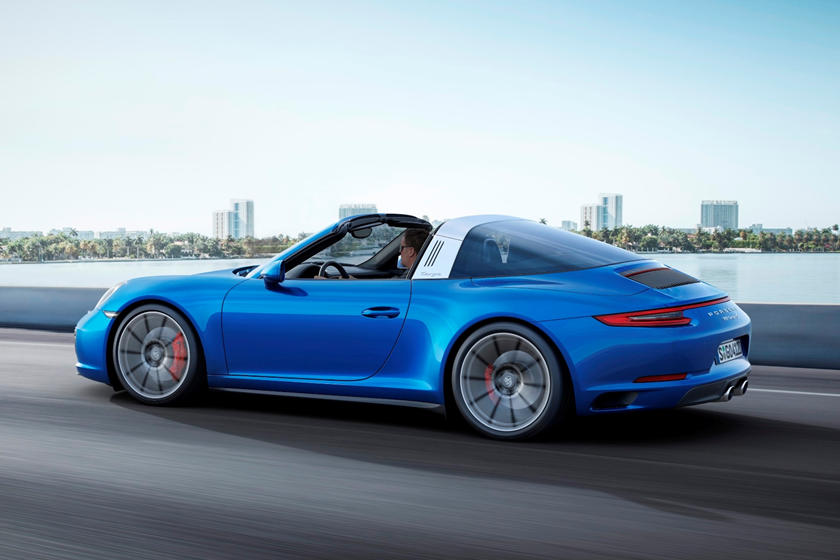 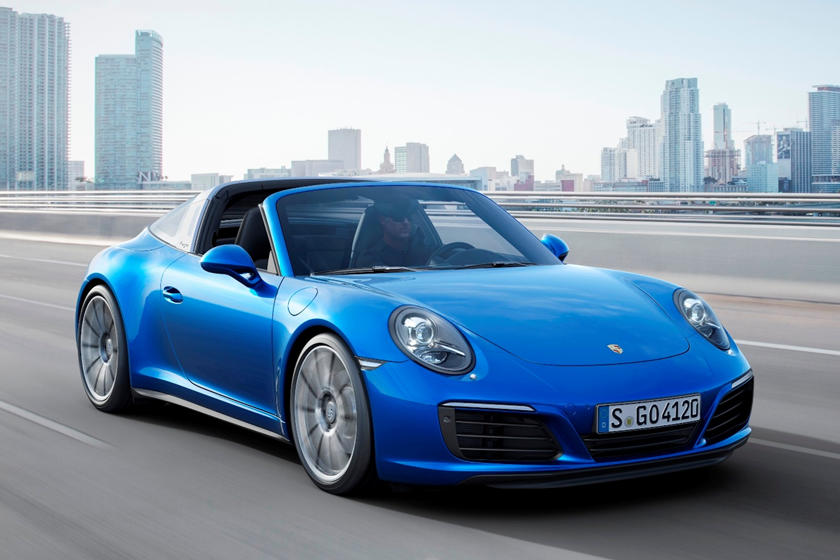 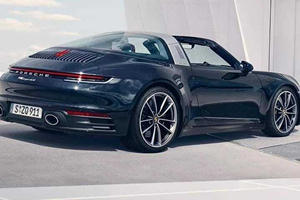 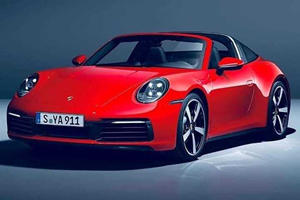 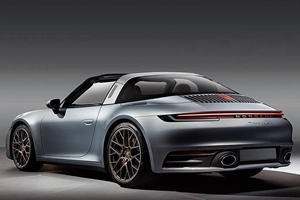 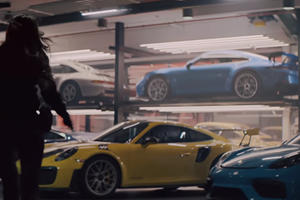 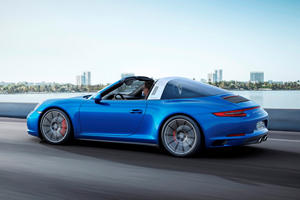