Ford's baby Ranger may be coming sooner than expected.

Ford is keeping details of the all-new Maverick pickup truck well under wraps, or trying to at least. According to Automotive News, the Maverick is set to go into production in July, much earlier than anticipated. This announcement doesn't come from Ford, but the next best thing. No mass-produced car on earth is built-in solitary confinement but rather in conjunction with hundreds of parts suppliers.

One of these suppliers seemingly talked, and the rumors now suggest that Maverick sales will start near the end of 2021. If these rumors are to be believed, the Maverick unveiling should be mere months away.

Over the last few months, we have learned a few things about the Maverick. It will be smaller than the Ranger and feature Ford's new truck design language, first seen on the F-150 and all-new Bronco.

We also know that it will share a unibody platform with the Ford Escape and Bronco Sport and that there's a strong possibility of a hybrid model.

This is quite a departure from Ford's usual body-on-frame truck-building recipe. On the plus side, the Maverick will be cheaper to assemble. There's already a wide variety of turbocharged three-banger and four-pot engines available.

All signs point to the Maverick being a four-door, with prices starting at under $20,000. Recently it was snapped parked next to a Mustang, giving us a rough idea of the length. We believe it to be around 22 inches shorter than the Ranger, making it much easier to maneuver in the city.

We expect a decent drop in fuel consumption compared to the Ranger as well. Good news in a post-pandemic world where experts predict buying used or buying down will be a massive trend in coming years.

On the downside, a unibody truck with all-wheel-drive won't be as capable off-road nor as susceptible to knocks as a traditional ladder-frame pickup. 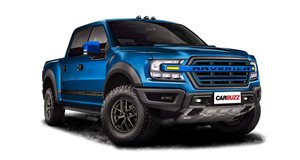