The F1 star had no trouble taming the 577-hp Mercedes. As Toto Wolff found out.

The Mercedes-AMG GT R begs to be driven more than most other cars with the three-pointed star on its nose. Although it has since been outmuscled by the new AMG GT Black Series, the GT R's numbers are still nothing to scoff at - 577 horsepower from its 4.0-liter twin-turbo V8 and 0-60 mph in 3.5 seconds.

But to put this special car to the test, who better than the trio of Lewis Hamilton, Valtteri Bottas, and Toto Wolff? The two F1 stars took on Wolff, the boss of the Mercedes-AMG Petronas F1 team and with a win of his own at the 1994 24 Hours Nurburgring. Each man was given a GT R for the battle.

The three skilled drivers took each other on at an empty Silverstone Circuit in England, and what ensued was about as much fun as one can have with their boss (along with plenty of cackling from Hamilton). The drivers were wired up to be able to speak to each other, and in one cheeky exchange, Wolff complained of "no grip" to which Hamilton said "there is grip Toto - you just need to know how to use it."

One lap later, Bottas managed a time of 1:12.78, beaten by Hamilton's 1:11.61. Coming up in third was Wolff with a time of 1:13.00 dead. The three then hit the track for a lap at the same time, where the gulf in skill between Wolff and the two F1 stars quickly became apparent.

After deciding to go for another two laps, Hamilton taunts Wolff, saying "okay, these have to be the deciders, Toto. You need to try and make some of the corners because you missed every single one."

Evidently, the experience of piloting an F1 machine means that both Hamilton and Bottas were utterly relaxed behind the wheel of the powerful GT R. Maybe the upcoming Mercedes AMG One will prove more of a challenge for the F1 drivers. Although Wolff looked rather sheepish when it was all done, we'd happily take an afternoon with the GT R and a loss to the duo of Hamilton/Bottas over an office meeting. 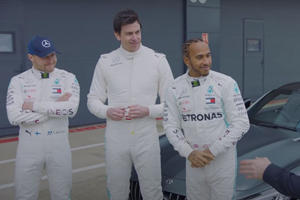 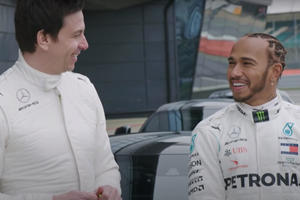 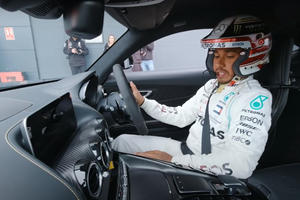 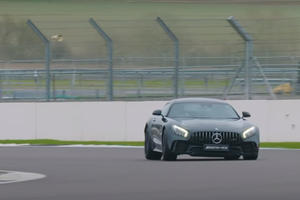 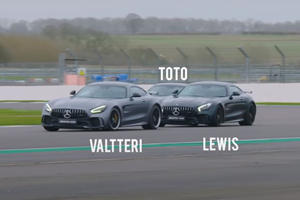