Lexus LFA Gets a New Variant with the Tokyo Edition, Supra Possible

Lexus is busy prepping for the Tokyo Motor Show with a lighter and possibly more powerful LFA.

The 2011 Tokyo Motor Show is about to receive a showstopper: The Lexus LFA Tokyo Edition. CAR has now released some information about Lexus' plans to build an even more powerful LFA. The luxury division of Toyota has already produced a Nurburgring record setting edition of the LFA supercar (until it was broken by the Dodge Viper ACR). The LFA Tokyo will feature an exposed carbon fiber roof and a hydraulically adjustable carbon rear spoiler.

It will go on sale to the public and run an additional €40,000 extra on the already princely-priced €290,000. No information has made it out as to whether this package will be available in the States. In other Lexus news, a new Supra could make its way out as a successor to the previous model. According to CAR, a front-wheel-drive configuration could be added to a faster version of the CT200h. The Japanese automaker is denying these claims, however the new Supra could replace the rear-wheel-drive coupe and arrive as early as 2014.

Smaller, turbocharged engines are lined up to replace the previously used naturally aspirated engines (as seen in the LFA and FT-86). As new information trickles out of Lexus in the buildup to the Tokyo Motor Show, we will bring it to you. 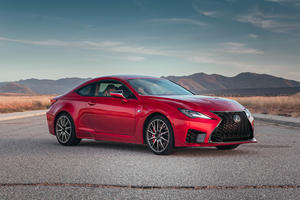