Without one, Lincoln will only be a Buick competitor. Cadillac will remain off-limits.

It was kept under the radar, but not long ago Lincoln replaced its design director, Max Wolff. He still works at Lincoln, now in charge of exterior design, but his former position is now held by a guy named David Woodhouse, who joined Ford in 1999. What's interesting here is that Wolff was hired away from GM four years ago, where he was in charge of Cadillac design. Ford wanted him to perform the same design magic he did at Caddie for Lincoln.

His results include the MKZ sedan and MKC crossover. Fortunately, MKZ sales have been pretty good, thanks mostly to Wolff's work. The MKC will hit the market later this year, but it'll have to prove that it's more than just a dressed up Ford Escape. So where did things go wrong with Wolff? Sources claim he wanted to further differentiate Lincoln away from Ford because, well, that's what a luxury brand should be doing. However, he met resistance to this because Ford is sticking with its "One Ford" business policy, which has a specific goal of reducing costs and "increase profits by using common parts and platforms for all models worldwide."

So where's the rear-wheel-drive Lincoln flagship? Not happening (for now at least) because the platform doesn't exist. Could the Mustang's platform be stretched for this purpose? Possibly, but nothing is official yet. Until something big like that happens, Lincoln will just have to make do as a Buick competitor. Cadillac is still way out of reach. 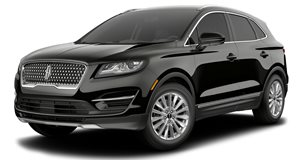