December is the month when Lincoln has released new commercials, starring actor Matthew McConaughey, for its latest vehicles for the past few years. At first, we deemed these commercials strange and, well, we still do. But hey, Lincoln sales have drastically improved thanks not only to solid product but also due to McConaughey's, shall we say, unique style.

This latest ad has McConaughey hanging out with some friends over dinner and as they head inside, he alone walks towards a pool table. He makes an impressive shot while a lady friend remarks "I've never seen that before." Cue the new Lincoln Nautilus crossover with McConaughey getting behind the wheel. Venturing out on some stunning back roads, the camera captures various shots of the vehicle, including its gauge cluster featuring a host of driver aid options.

We then hear the woman's words again, followed by McConaughey replying, "I have." Understand the cue ball shot reference? Basically, it's all about how like the trick billiards table shot, the Nautilus driver can keep control thanks to advanced driver aids. Still not totally buying it? That's okay.

Lincoln has released a second commercial featuring a real professional trick shot artist, Steve Markle, demonstrating a shot to "demonstrate" the Lincoln Co-Pilot360 Technology and other smart features. Quite honestly, the ad with Markle makes more sense to us, but Markle is not the famous Hollywood celebrity, is he? McCaughey has long been a fan of Lincoln so when the opportunity arose a few years back to be its spokesman, he jumped at the opportunity, but under one condition: that he help produce the commercials. It's paid off for both the actor and Lincoln.

Lincoln says finding a way to demonstrate the Nautilus' new innovative technologies was challenging. "These are all amazing technologies, but not very easy to illustrate," said the chief creative officer behind the ad campaign. "We were looking for a metaphor that was upscale and luxury-appropriate. We thought about billiards and how, when you're good at pool, you can make these shots that do amazing things – just like these technologies in the Lincoln Nautilus."

Look for the new McConaughey commercial to debut on television during the College Football Playoff on December 29. Meanwhile, sales of the 2019 Lincoln Nautilus are already underway. 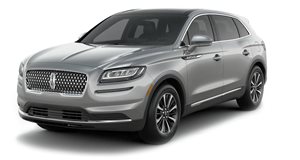 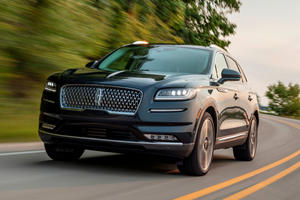