Lincoln Perceiver Concept Is The Vehicle Of Tomorrow

That is, if Lincoln sticks around long enough to make it a reality.

Ford has been struggling with Lincoln for a while now, to say the least. The 2019 figures are still coming in, but in 2018, it barely sold more than a hundred thousand of its all-American luxury vehicles – less than half its sales from three decades ago, and only two thirds of what arch-rival Cadillac is moving these days.

The long and short of it is that, as sad as we might be to see it go, the future doesn't look very bright for the Lincoln division. If it does manage to make it, though, its future could look a little something like this.

It's called the Lincoln Perceiver concept. It's the independent work of aspiring Italian designer Sebastiano Ciarcià, who was kind enough to share it with us all on Behance, and suffice it to say, it's a radically different vehicle from today's Lincoln Navigator or Continental.

The idea, as you can see, is a little far-fetched – or at least it looks pretty far into the glass ball of the future. The Perceiver is conceived as an autonomous limousine, capable of transporting us (or our children, or our children's children) down the freeway in the lap of luxury and without any intervention on the future occupants' part.

It's not the first such design for a futuristic autonomous luxury vehicle we've seen, even recently. But it could be one of the most intriguing, in all its stark and minimalist grandeur. And it could be just what an automaker like the Lincoln Motor Company could make a few decades down the line.

That is, of course, if it makes it that long. Lincoln is, after all, the last remnant of Ford's once burgeoning and ambitious Premier Automotive Group. The rest have either been shut down (as in the case of Mercury) or been sold off (like Volvo, Jaguar, Land Rover, and Aston Martin). Here's hoping Ford can hang on to its last luxury brand for long enough to make an idea like this a reality. 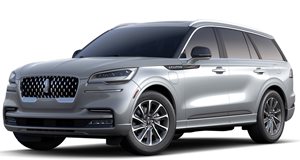 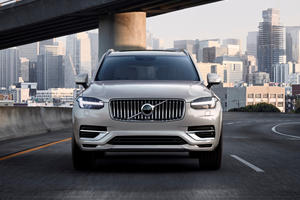 Model Overview
2022 Lincoln Aviator Hybrid SUV Review: Above And Beyond 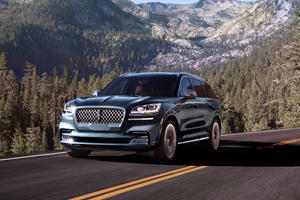