We all dream of winning the lottery and filling up a garage with a collection of expensive cars. This is exactly what UK-based builder Andy Clark did when he won £76 million (around $100 million) from the EuroMillions lottery. According to The Sun, Clark moved into a new £700,000 (around $922,000) home complete with an indoor pool and gym, where he can house his new six car collection worth £660,000 (around $869,000).

Clark, an ex-Formula 1 engineer, almost didn't claim his massive lottery winnings after leaving the ticket in his car's sun visor for six weeks. After announcing the winner, Clark didn't think to check to see if his ticket was the winner until his girlfriend Trish reminded him. After enough nagging, Clark finally checked the ticket and found out his life had just changed for the better. So how did Trish get rewarded for her helpful nagging? With a Nissan Qashqai, of course.

The Nissan Qashqai is the same as the Rogue Sport in the US (not exactly the ideal car for a lottery winner's girlfriend). A neighbor commented that Trish chose to keep driving her Nissan rather than something more expensive. "He's always said he was a car nut. It shows how down-to-earth Trish is that she's stuck with the Nissan rather than anything flash," the neighbor said.

Clark's awesome car collection now includes a Porsche 911 Turbo, a McLaren, two Ferrari cars, a Mercedes C63, and Aston Martin, and a Land Rover Range Rover. His two sons have also benefited from their father's winnings after they were seen with a new BMW and Range Rover Velar in their driveways. What would you buy if you won $100 million in the lottery? Let us know in the comments. 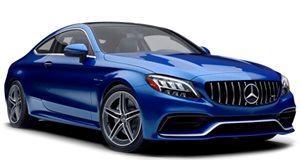