Major Automaker Says EVs Could Be Bad For Business

Governments everywhere are being warned about EVs.

Fact: major automakers like GM and Ford of Europe are in the early stages of transitioning to battery-electric vehicles only. GM aims for this to be completed by 2035. Smaller carmakers like Jaguar and Volvo intend to go EV-only by 2025 and 2030, respectively. This is all happening in response to global governments passing strict new emissions regulations that'll be hard, if not outright impossible, to meet with combustion engines. But not all carmaker CEOs are on board with this, such as Toyota's Akio Toyoda. And now Stellantis CEO Carlos Tavares has made his opinions on the matter known.

Speaking at a Reuters conference, Tavares warned governments, specifically the US and those in Europe, that the accelerating shift to EVs could threaten jobs and vehicle quality.

"What has been decided is to impose on the automotive industry electrification that brings 50% additional costs against a conventional vehicle," he said. "There is no way we can transfer 50% of additional costs to the final consumer because most parts of the middle class will not be able to pay."

Therefore, automakers could be faced with two choices, neither of which are good: charge higher prices and sell fewer cars, or take lower profit margins. Either way, both options will result in employee layoffs. Tavares isn't against EVs, to be clear, but rather the fast pace at which automakers are being forced to adopt them, stating the associated costs are "beyond the limits" of what the auto industry can handle.

Increasing the adoption rate will "be counterproductive. It will lead to all sorts of problems." As for Stellantis, which is joining the EV world soon with fully electrified versions of the popular Ram 1500 and Jeep Wrangler, its plan going forward is to avoid layoffs by increasing productivity rates that surpass industry standards.

"Over the next five years we have to digest 10% productivity a year… in an industry which is used to delivering 2 to 3% productivity improvement," Tavares confirmed. "We are putting the industry on the limits." 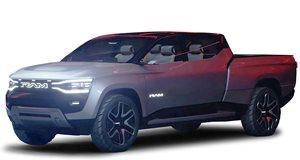