The new Audi RS6 Avant is one of the coolest cars on sale right now, but it'll set you back at least $100,000. Its wagon body style may not be for everyone, but with 600 horsepower and all-wheel-drive, there's plenty to like about it. But the RS6 Avant isn't the first RS-badged wagon from the German automaker. That honor belongs to the RS2 Avant, aka the "ur-wagon." Built only from 1994 to 1995, the Audi 80-based RS2 Avant was actually a joint venture project between Audi and Porsche which resulted in the latter gaining the 924 and 944. Porsche was tasked with designing the RS2's suspension and braking systems.

As for Audi, the RS2 began its tradition of AWD powerful wagons. Its power came from an upgraded version of its then-current turbocharged 2.2-liter five-cylinder engine, producing 311 horsepower and 302 lb-ft of torque. That power went to all four wheels through a six-speed manual gearbox.

Let's put it this way: the RS2 was nearly as powerful as the Porsche 911 Turbo (964) during that time. But unlike the 911, the RS2 had a rear seat that could comfortably fit human beings. Plus, it had sufficient cargo space like all wagons. Unfortunately, the RS2 was not exported to the US. Just a few managed to make their way out of Europe to enthusiast buyers in Hong Kong, Brazil, South Africa, and even New Zealand. Needless to say, the RS2 has achieved a cult-like following and surviving examples are not exactly easy to get a hold of because just 2,900 were built in total.

But if you are in the market for one, then pay attention.

This 1995 Audi RS2 Avant is currently up for sale on Bring A Trailer and, as of this writing, the highest bid was already over $20,000 with another seven days remaining until the auction ends. That means you have until August 10 to make a move. According to the listing, this left-hand drive, Nogaro Blue over an all-black leather interior example was originally sold to a German customer before being imported to Canada in 2011. It has about 70,000 miles on its clock and includes original factory equipment such as Porsche Cup wheels, Brembo/Porsche brakes, Eibach springs, and a carbon fiber-trimmed interior with Recaro seats.

Overall, it's in solid condition though the seller notes there's some rust in the bottom-right corner of the rear hatch, which is easily resolved. Don't low-ball on this one because the seller knows exactly what they've got here. 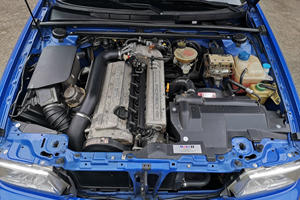 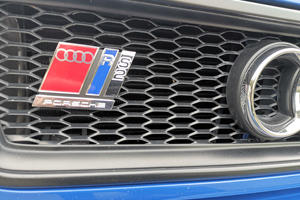 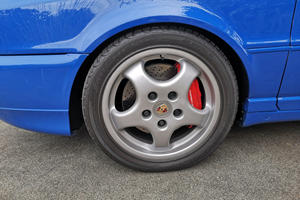 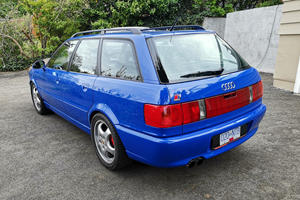 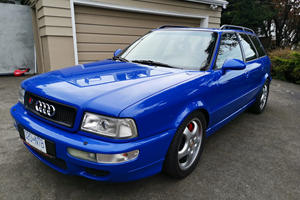 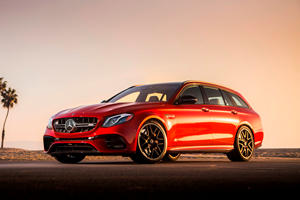 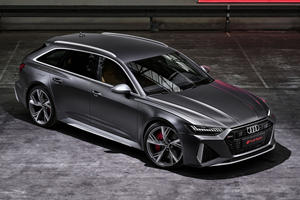