Manhart's Range Rover Tuning Kit Is Nothing Short Of Offensive

The brainchild of Charles Spencer King, the Range Rover has for over fifty years been the ubiquitous luxury SUV. From rap stars to royalty, no other SUV will do. Its ability to traverse a challenging off-road obstacle and still look the part at an embassy party is unrivaled and, as such, the big Brit enjoys great success, despite the exorbitant pricing. However, a short stroll in an affluent suburb will quickly expose its biggest drawback - a lack of exclusivity.

Hoping to remedy this, any number of companies can offer you a tuned version, with Manhart Performance recently introducing its polarizing Vogue RV 650. When applied in a more subtle manner, we'll concede that Manhart's signature black/gold combo can work rather well. However, it's hard to justify what has been done here. Understated it is not, with auriferous trim found on nearly every panel, including the doors, grille, hood, and front bumper.

The rear hasn't escaped the treatment, with plenty more golden embellishments. Even the Manhart badging is finished in the rich shade. The Forged Line rims, while attractive in design, have been painted in the garish hue as well. It doesn't get much better when you hop inside, unfortunately. The signature color combo has been repeated in the cabin, where gold trim abounds.

While the gear lever surrounds and climate control accents border on acceptable, Manhart Performance has even trimmed the seats in this undesirable combo. The result is more Juicy Couture than it is sumptuous British elegance. Manhart Performance does, however, redeem some points when it comes to what lurks under the hood. While no details are given, the company says engine output has been increased to 650 horsepower, while an exhaust system is available as an optional extra. Revised suspension gives the Vogue RV 650 an aggressive stance.

The Manhart-fettled Range Rover clearly isn't aimed at shrinking violets. Thankfully, it won't be making any appearances stateside. The Vogue RV 650 is exclusive to Middle East customers, where the Range Rover enjoys great popularity too. The tuner makes no mention of pricing but, with prices as high as $211,200 for a standard, long-wheelbase SV, we can assume the RV 650 would easily be in excess of $300,000.

If you like the idea of a truly unique Range Rover but aren't prepared for the attention this one will garner, you'd be pleased to know that Manhart has previously turned its attention to the svelte Velar. Dubbed the SV600, it's actually a rather subtle yet menacing performance SUV, with an understated body kit and relatively subdued body graphics. Then again, the standard configuration below really needs no embellishments, does it? 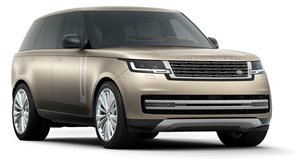 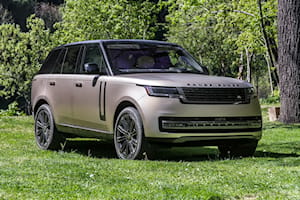 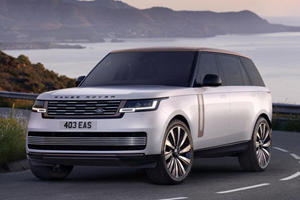