It's enough to bring a tear to your eye

The Ford GT is one of the most special cars ever produced in this country and is rich with heritage, yet it's not always enough for some people. Jay Leno upgraded his with a titanium exhaust while other people have only shown interest in the car for the money they can make reselling it. Regardless of what most people do with their GTs, none are quite like the Ford GT Le Mansory. This specially modified version of the GT has 700 horsepower and is limited to just three examples. What really sets it apart, however, isn't its power or the extensive use of carbon in creating a new look but its price: $2.1 million.

The hyper-rare supercar looks unlike any other GT and is barely recognizable as one from the front. In fact, it almost looks like the kind of car Rockstar would design if the game developer wanted to include a kind of Ford GT in the Grand Theft Auto series. Roof scoops, new headlights and running lights, an increase in width of two inches, a truly unique hood, and aggressive canards all help the car stand out from head-on, while a massive rear wing, new side skirts, and special 21-inch wheels complete the look. Overall, it's really not difficult to come to the conclusion that the original looks better, but cars like this exist for people who want something different, not something beautiful.

The interior also has to do its part to help justify the car's price, so white and black Alcantara feature heavily along with plenty of carbon fiber. The interior is arguably the best part of the car, but the fact that the Le Mansory is capable of 220 mph - according to the tuner - is pretty cool too. Still, owning something like this means that its rarity won't often allow you to enjoy it fully, and we'd rather have a go in the new Ford GT variant that should arrive this weekend. Then again, if we had $2.1 million, buying both wouldn't be inconceivable either. 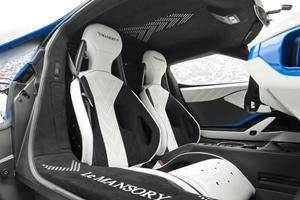 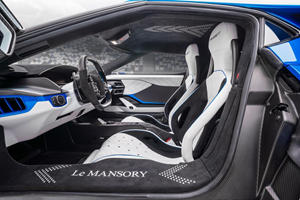 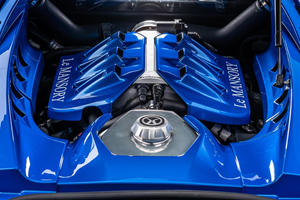 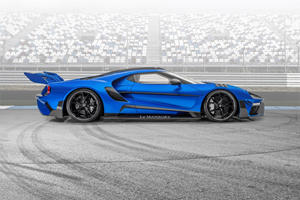 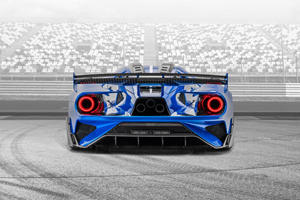