The S4 isn't usually a drag car, but now we're having a difficult time remembering why.

Audis tend not to be used for drag racing. They make good touring racers, and the last decade or so of Le Mans has proven that they are capable endurance racers. However, the most successful drag cars tend to have big V8s and rear-wheel-drive. So this AWD and VR6-equipped S4 might look a little out of place on the drag strip at first. But that felling will subside once you watch its first pass, as this monster of a German drag car surprised even us.

As you might be able to tell, USP Motorsports is still trying to dial in the tire and suspension settings. That doesn't keep the car from running 9s, and it makes you wonder what it'll be capable of once that's sorted. 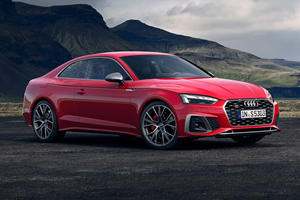