McLaren looks back at its rich motorsport history in this nostalgic video.

The McLaren Elva speedster is heavily inspired by the open-top race cars built and raced by Bruce McLaren in the 1960s such as the legendary McLaren-Elva M1A, M1B, and M1C. Powered by Oldsmobile V8s, the McLaren M1A Mk1 helped put McLaren on the map in North American motorsport.

To celebrate the link between the Elva and McLaren's rich racing history, McLaren Beverly Hills has put together a nostalgic video that reunites the Elva with one of its race car ancestors around one of America's most famous circuits, Laguna Seca. McLaren Racing CEO, Zak Brown, McLaren Indy 500 winner Jonny Rutherford and former McLaren F1 turned NASCAR and IndyCar driver Juan Pablo Montoya also provide insight into what makes the Elva so special and reminisce about McLaren's motorsport heritage.

In the video, the Elva gets taken for a spin around Laguna Seca alongside a McLaren Can-Am M8A racer. It's a glorious sight to behold, highlighting the Elva's retro-inspired design cues. Fittingly, the Elva is finished in a matching MSO orange livery inspired by the M6A Can-Am race car that won the 1967 Canadian-American Challenge Cup.

''Everything about McLaren is authenticity, Elva represents that in the purest and most perfect sense from both the driving dynamics and design to the technology that's in it,'' said Ansar Ali, Managing Director at McLaren Special Operations.

IndyCar driver JR Hildebrand added: ''It provides the purest sensation of connection to the road, it excites all your senses from smell, to taste, to the feeling through the steering wheel. It's the most incredible machine for the A to A journey, just getting out and driving like nothing else matters.''

Powering McLaren's sensational speedster is a 4.0-liter, twin-turbo V8 producing 803 horsepower and 590 lb-ft of torque, paired with a seven-speed dual-clutch transmission. This setup enables the retro-inspired speedster to accelerate from 0-60 in 2.7 seconds. Standard without a windscreen as seen in the video, the Elva is also fully homologated for US street use and can be purchased with a windshield if you want to go against the original aesthetic. Production is limited to just 149 examples, ensuring that the Elva will become a future collector's car. 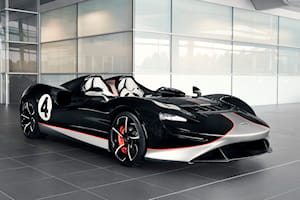 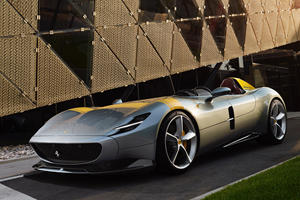