The 2021 Land Rover Velar has arrived with new engine options and upgraded tech.

Land Rover has been busy updating its core models for 2021 with new engine options and upgraded tech. After revealing 2021 model year updates for the Range Rover, Range Rover Sport, and Range Rover Evoque, the time has come for the mid-size Range Rover Velar to get the plug-in hybrid treatment.

For the first time, the 2021 Range Rover Velar P400e is available with a 2.0-liter four-cylinder engine paired with a 105-kW electric motor producing a combined 398 hp and 472 lb-ft of torque, enabling the electrified luxury SUV to sprint from 0-62 mph in 5.1 seconds. A 17.1kWh lithium-ion battery located under the floor provides an all-electric range of 33 miles and can be charged to 80 percent in 30 minutes using a fast DC charge point.

Land Rover is adding its new 3.0-liter straight-six Ingenium engines to the 2021 Range Rover Velar lineup. The diesel-powered D300 straight-six generates 296 hp and 479 lb-ft of torque and will accelerate to 62 mph from a standstill in 6.1 seconds, while the gasoline-powered P400 is rated at 394 hp and 405 lb-ft of torque and will do the 0-62 mph sprint in 5.2 seconds. Both engines are available with a a 48-volt mild-hybrid system.

Engine options for the US-spec Range Rover Velar haven't been announced yet, but we're expecting the plug-in hybrid powertrain to carry over to be sold alongside the Range Rover Hybrid and Range Rover Sport Hybrid. The current model's V6 will also likely be replaced by Land Rover's new 3.0-liter straight-six engines in the US.

For 2021, the cabin has been upgraded with Land Rover's new Pivi and Pivi Pro infotainment system featuring a simplified user interface, over-the-air updates, and Spotify integration within the infotainment menu for the first time. Other new enhancements include a cabin air filtration system, a wearable "Activity Key" that can replace a traditional key fob, a redesigned steering wheel, and a drive selector replacing the rotary gear selector. 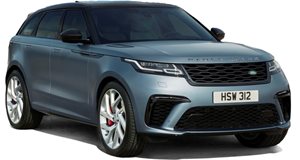 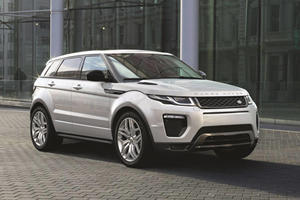 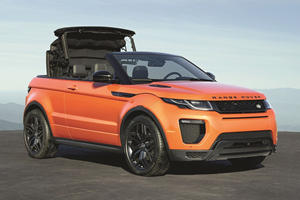 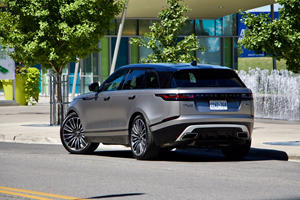