B-Class Electric Drive is headed for production, including availability in the US.

While the Mercedes-Benz B-Class is available in Canada, it never made the journey south to American showrooms. Instead Mercedes' small-car strategy for the US revolves around the CLA. But alongside the AMG version of that four-door coupe, Benz also brought the production version of its B-Class Electric Drive to the New York show. Previewed in prototype/concept form at the Paris Motor Show last year, the B-Class Electric Drive is now headed for production, joining electrified versions of the Smart and SLS in Daimler's EV lineup.

In the compact minivan, Mercedes has installed an electric motor producing 134 horsepower and 228 lb-ft of torque powered by a 28kWh lithium-ion battery pack. The result is a 0-60 time of "less than ten seconds", a 100mph top speed, an approximate 115-mile range and a two-hour charge time from a 240-volt socket. The Mercedes-Benz B-Class Electric Drive will be the only version of the model to be offered in the US when it arrives early next year, after the Smart ForTwo Electric Drive hits American showrooms in May. 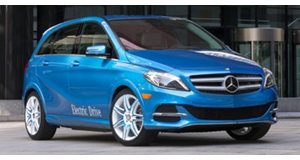 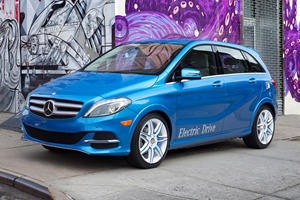