Mercedes Could Be In Huge Trouble With The US Government

And strangely enough, the EPA may be helping Mercedes stay out of court.

Dieselgate was a game-changer for the auto industry for a number of reasons. While some carmakers used it as an opportunity to market themselves as the less morally questionable alternative to Volkswagen, all carmakers interpreted the news as a cautionary tale of what happens when a company tries to cheat the regulators as well as a confirmation that regulators were now giving cars more scrutiny during test procedures.

There is, however, one automaker that may have gotten away with using cheat devices before the period of reckoning, reports The Detroit News. That carmaker would be Daimler, the parent company of Mercedes, which has already faced repercussions from European regulators for cheat devices found in diesel cars sold across the Atlantic.

The story begins in 2016, just after diesel Volkswagens had been discovered cheating on emissions tests and questions about whether other automakers had cheated were beginning to emerge. During that year, US regulators at the state and federal levels launched an investigation into Mercedes, looking to see if it had used similar defeat devices. Regulators in Germany started looking into the automaker around the same time and wrapped up 1.5 years later, concluding that Mercedes had indeed used defeat devices on some of its cars.

Following these findings, Mercedes was fined and forced to issue recalls to fix the problems on some of its diesel models in Germany. Meanwhile, US investigators have yet to reach a conclusion even three years after beginning the probe. "Three years seems unusual," said John German, a former official at the EPA and a senior fellow at the International Council on Clean Transportation.

German's sentiments are shared by environmental and consumer advocacy groups, which have petitioned Congress asking them to speed up the investigation. "It is past time for greater urgency and action from regulators and Congress on the allegations against Mercedes," the advocates wrote. "Owners and lessees of Mercedes diesel vehicles have been left without answers or recourse while the illegally polluting vehicles remain on U.S. roads."

The fact US regulators are taking so long to reach a conclusion has led some to believe that the EPA under the Trump administration has been allowing the investigation to stall. In the meantime, Mercedes has stopped selling diesel models in the US and like Volkswagen, has pledged to bring electric cars to market in their place before too long. "To me, that suggests that they had a problem and they're trying to limit their exposure to that problem," German said. 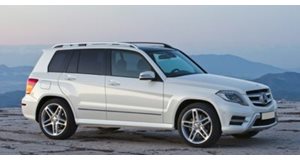 Rumor
This Is When The C8 Corvette Z06 Will Debut

Tuning
Meet The Brabus B45 Hyperhatch