22 world debutants will feature at the show including the Nissan Nismo Juke RS.

22 cars will make their world debuts at the LA Auto Show next month, from manufacturers ranging from Toyota and Subaru to Jaguar, Land Rover, and Chevrolet. Chief amongst them is the Mercedes-Benz S65 AMG, Nissan Nismo Juke RS, Porsche Macan, and a new global Ford SUV. Nissan has revealed a new Nismo concept will also bow at the event, and if rumors are to be believed the Japanese carmaker will bring the hotly-anticipated GT-R Nismo to LA after setting a new Nurburgring lap record.

The recently introduced Porsche 911 Turbo and Turbo S cabriolets will make their public debuts, while North American debutants include the Mercedes-Benz GLA and S63 AMG, Cadillac Escalade, BMW 4 Series coupe and hybrid, and Jaguar's C-X17 SUV concept. The 2013 LA Auto Show will open its doors to the press on November 19.

7 Automotive Quotes You Have To Know
Now Buzzing 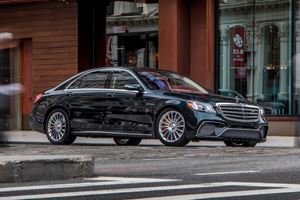