Mercedes expands its family with the reveal of the CLA-Class, a new compact four-door coupe styled on the CLS and underpinned by the A-Class.

It's been a slow and steady build-up to the debut of the new Mercedes-Benz CLA-Class. Previewed by the Concept Style Coupe in Shanghai last April, Mercedes has been teasing the production CLA for months. It will officially debut in Berlin next week, but before it does, Benz has showed its new compact four-door coupe to a select group in Detroit, and released photos and details along with it. Based on the new A-Class, the CLA is the third in a series of new front-drive models Mercedes has planned, and the first that American buyers will get. 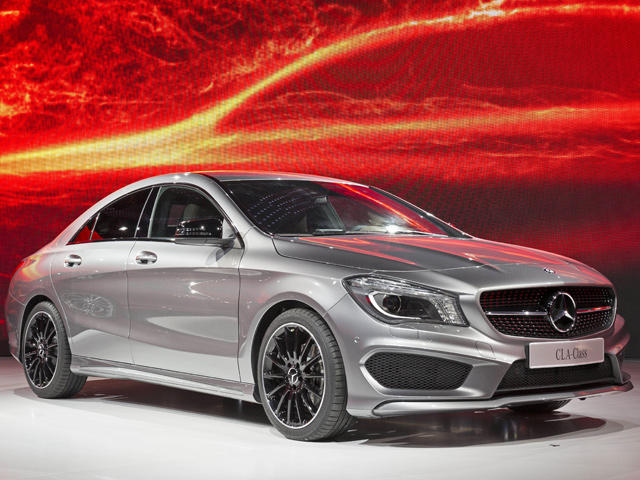 That's no bad thing, as the CLA adopts the svelte lines of the CLS in a more compact form with frameless windows and a rakish roof. The design doesn't just look good, but with a drag coefficient of just 0.23, it's the slipperiest of any production vehicle on the market. When the new CLA-Class hits US showrooms in September, it will be limited to the CLA250. Power comes from a 2.0-liter turbocharged direct-injection inline-four that drives 208 horsepower and 258 pound-feet of torque through a seven-speed dual-clutch transmission and a new 4Matic all-wheel drive system to all four 17-inch wheels, with 18-inchers coming as part of the available sport package.

The cabin is decorated in anthracite trim as standard with the option of aluminum, burl walnut or black ash. Base models get a freestanding 5.8-inch multimedia display set in piano black with a silver frame, while buyers can upgrade to a 7-inch screen with Mercedes' COMAND infotainment system that includes hard-drive navigation, six-disc DVD changer, rear-view camera and MBrace2 cloud-based connectivity. Standard safety features include Collision Prevention Assist, a radar-based braking system that warns the driver of obstacles and calculates the braking force needed to avoid an accident, and Attention Assist that detects driver drowsiness.

Premium options include heated seats, satellite radio and dual-zone climate control. Pricing has yet to be announced, but Mercedes is tipped to place the CLA in the same price bracket as the entry-level C-Class, so expect it to come in around the $35,000 mark. European buyers will also have a less-powerful 1.6-liter model with just 122 horsepower and a 2.2-liter diesel with 170. A more performance-focuses CLA45 AMG is also in the works, so be sure to check back in for the latest. 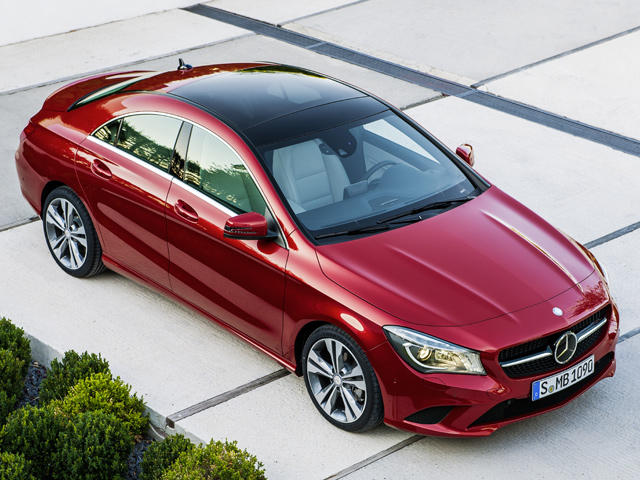 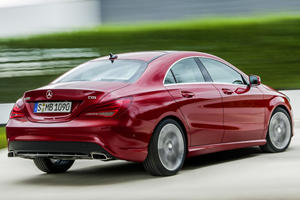 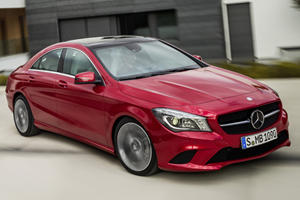 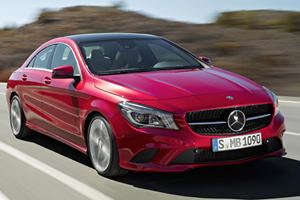 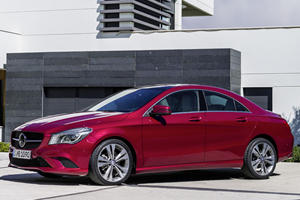 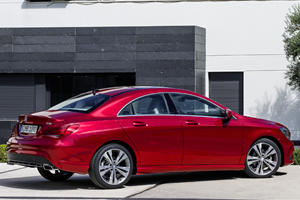 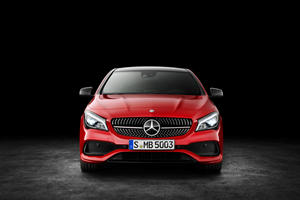 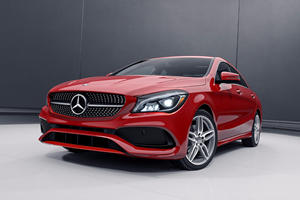