Mitsubishi's Latest Big Decision Will Surprise No One

Mitsubishi is struggling. And while the sixth-largest Japanese automaker isn't going out of business, it will be undergoing a substantial reorganization at a global level. Mitsubishi has just announced its three-year business plan dubbed "Small but Beautiful" with the aim of reducing costs and creating future profitability.

Only yesterday did we learn that the long-running Mitsubishi Pajero SUV (once sold as the Montero in the US) is being discontinued without a successor. But the lack of a real SUV is only the start of the company's planned changes.

The next-generation Mitsubishi Outlander, which will share a platform with the also new Nissan Rogue, will not be sold in Europe. It was originally planned to be available there but that's now been scrapped. In fact, Mitsubishi will no longer introduce new products in Europe and the UK as part of the plan. It will end new car sales there for good once existing models complete their life cycles.

Instead, the focus will be in markets where it does best, specifically Southeast Asia. North America is still relevant, obviously, as that "Small but Beautiful" mantra will be applied there for the foreseeable future. Vehicles like the Mitsubishi Eclipse Cross, Outlander PHEV, and refreshed Mirage can still sell well despite the competition.

But it's Southeast Asia where Mitsubishi will continue to push already very popular models like the Triton pickup truck, Xpander MPV, and Pajero Sport crossover. Two more unspecified models are also in the works. Another aspect of the plan is to increase cooperation with Renault and Nissan by utilizing their electric vehicle and assisted driving systems technologies. Doing so will save billions.

Mitsubishi is confident the plan will start showing results relatively soon. We just hope that it's fast enough. 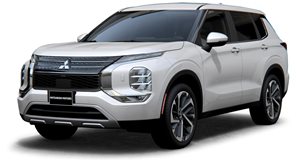