Keep an eye out for this aggressive aftermarket hood.

Back at the 2018 SEMA Show, Mopar introduced a pair of aggressive Ram 1500 pickup truck builds, each with a long list of performance and aesthetic modifications. They were at opposite ends of the spectrum in terms of intent, one being outfitted for the trail with pieces like a 2-inch lift kit and beadlock-capable wheels in 35-inch Goodyear DuraTrac tires, and the other being equipped for the street with a lowered suspension and 22-inch gloss black wheels with Brass Monkey accents.

But both trucks were united by one standout feature: a sporty, aggressive-looking hood with a big muscle car-inspired air scoop. Now, that hood might be heading to production.

That's according to Mopar Insiders, who spotted the hood in the US Patent and Trademark Office system recently. A design patent for the hood was reportedly granted in late August, suggesting that Mopar could be planning to produce it as an aftermarket part for Ram 1500 owners.

The hood was designed to work in conjunction with Mopar's Ram Airflow cold air intake system, which arrived on the scene at the end of last year for 5.7L V8-equipped trucks. Cold air intakes are designed to draw cool, dense air into the intake system in order to increase horsepower and torque output over the factory air boxes they replace. 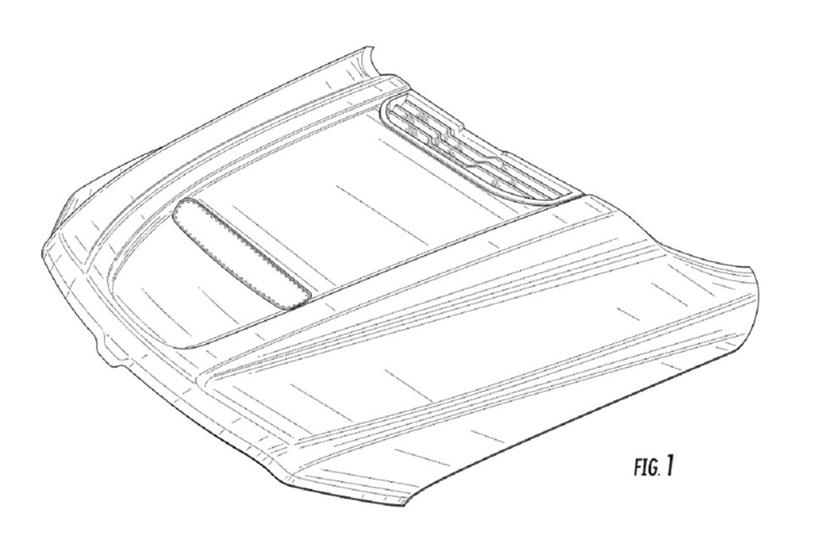 Comparisons between this hood and the one worn by the new high-performance Ram 1500 TRX are inevitable, but although the two parts have similar-looking intake snouts, they differ markedly as this hood lacks the TRX's louvered heat-extraction vents, and the power bulge is less sharply chiseled.

Our usual disclaimer - that just because an automaker has filed a patent on something doesn't mean it will reach production - applies. That said, we have a hard time imagining that Mopar would patent this particular piece with no intention of putting it into production. We might be seeing them on the road real soon. 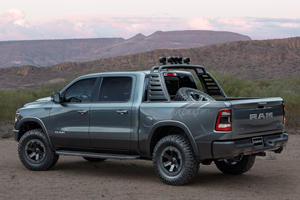 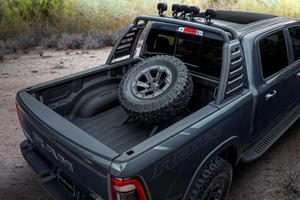 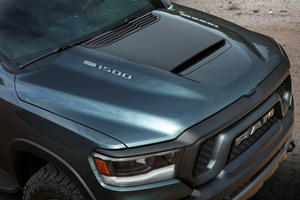 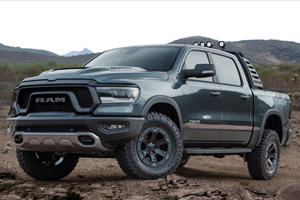 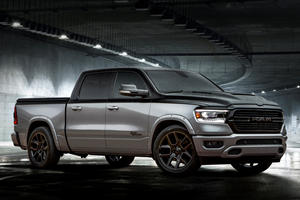