A car for the people, though only if they're wealthy.

Think of the more outlandish ideas to come out of the German car industry, and it's likely that a good chunk of them will have been devised by the mind of a Herr Ferdinand Piech. A grandson of the great Ferdinand Porsche, and the former overlord of the Volkswagen Group conglomerate, Ferdinand Piech is responsible for some of the most ambitious initiatives seen in the motoring industry over the last four decades. 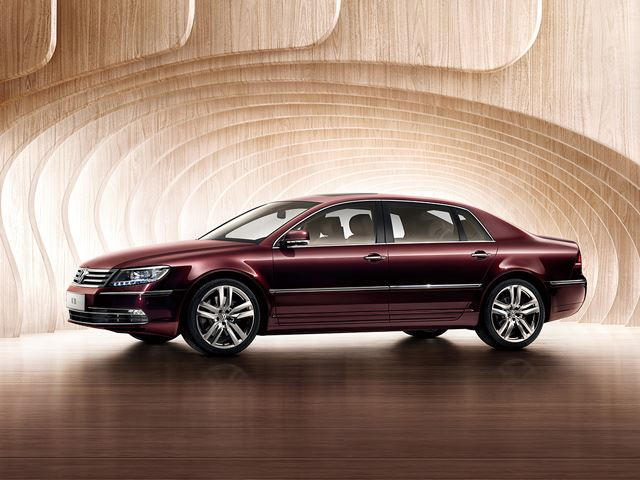 It was Piech, for instance, who spearheaded the development of the Porsche 917 racing sports car and the Audi quattro Group B rally machine, two cars which went on to dominate the fields they were in. Piech also oversaw Volkswagen's rapid expansion, in terms of car types developed and car firms acquired. During his tenure as VW overlord, Piech managed to bring Lamborghini, Bugatti and Bentley into the Wolfsburg fold-and turn each one of them into major successes. It seems, then, that Ferdinand Piech could do no wrong when it came to pitching business plans.

However, everyone has a skeleton tucked away in the closet somewhere, and Piech's bag of bones comes in the form of the Volkswagen Phaeton. Admittedly, the failure of the Phaeton wasn't down to it being a bad car. Far from it. In fact, many people back in the day praised the Phaeton for being well-built, comfortable, spacious and generally what you'd expect from an upmarket German import sedan. Oh, and what an engine it had. A silky smooth, twin-turbocharged W12 with oodles of torque that made up for the fact the automatic gearbox only had five forward ratios and took a while to drop down a cog or two when overtaking on the highway.

It was such a good car, in fact, that Volkswagen used the Phaeton's mechanical bits to underpin the Audi A8 and Bentley Continental GT, with the latter only being offered at the time with that lovely W12. So, we've pretty much established that the Volkswagen Phaeton was a good car. What made it a failure, then? And how did it end up here on this "Most Unusual Flagships" list? Simple: It was aimed at a customer base that just didn't exist. Not in the capacity that Volkswagen was hoping for, at least. In the upmarket sedan sector, you only really see names that bring up connotations of classy, comfortable and luxurious cars.

High-end BMWs, Mercedes-Benzes and Jaguars have dominated this segment for years, and it's cars from these companies that you expect to find at this level. What you don't expect to find on a car this high up the pecking order is a Volkswagen badge. Remember, the most expensive car that Volkswagen had on sale at the time was the Touareg SUV. The most expensive Touareg (the $67,000 model with the headline-grabbing diesel V10) was roughly the same price as the entry-level Phaeton. Even more astonishing was that the Audi A8 it shared so much with was retailing at an almost identical MSRP.

The Phaeton was lovely and all, but how could it compete with an A8 when Volkswagen couldn't even undercut it on price? As good as the Phaeton was, then, it was destined to fail from the start, and it's no surprise that Volkswagen culled it in the USA after just a couple of years. The 2,253 people in the United States who did buy the Phaeton got their hands on one of the most unusual flagship models of any mainstream car manufacturer in recent years. 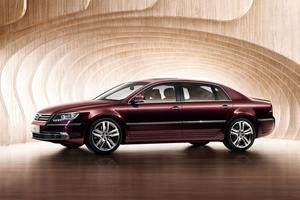