Strap in and prepare to be angry.

An Australian mom has been sentenced to 18 months in prison after leading police on a chase that reached speeds of 143 mph. That doesn't sound like the crime of the century, but the magistrate is quoted on the Australian News website as saying that the crime is "one of the worst I've seen."

Margarita Tomovska, 28, led police on the wild chase in her Mercedes-AMG E 63 S in November last year before being arrested. Police had initially tried to pull her over due to her passenger, Christopher King, but when the chase ended they also found a car seat in the back that was not properly restrained and containing a 3-year-old child.

Tomovska's defense lawyer, Mr Angelovski, told the court that Tomovska had been under duress from her front seat passenger when she decided to start running from the patrol car. Police from a specialist police team called Strike Force Raptor had been following Tomovska's car believing her passenger to be armed and dangerous, and due to his size had trouble arresting him after the incident. Despite this, the court found Tomovska was not under duress.

Police prosecutor Amelia Wall said that Tomovska had shown no signs of regret for her actions. "The defendant has shown absolutely no remorse," Wall said, "In fact, quite the opposite. She has relished in the attention. Boasting and skylarking on social media. Playing the victim on a GoFundMe page titled 'Fight Raptor' trying to raise $100,000 for her own use, all the while gloating on social media about spending thousands on clothing and accessories."

Tomovska even posted a picture of herself on Instagram wearing her courtroom outfit while tagging the fashion brands she wore that included Dior and Versace. The wording under the picture was: "15k for one day. Why not?"

"I've felt as if my intelligence was being affronted, that's how unbelievable it all was," Magistrate McGowan told the court and promised to deliver a "heavy" judgment. The sentence Tomovska now serves is for 18 months in jail with a non-parole period of nine months. 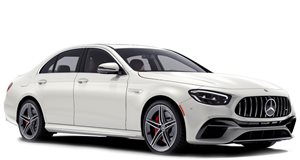