New Aston Martin Valkyrie Details Are Here For Your Indulgence

The firm's upcoming hypercar is about to get even more wild?

It's no secret the Aston Martin Valkyrie hypercar is a work in progress. We expect it'll debut in early 2019, likely at the Geneva Motor Show. Until then, new and interesting tidbits are coming out, such as this interesting piece of info courtesy of The Supercar Blog. According to its unnamed sources, Aston Martin is working on a Valkyrie variant that will slot between the road car and the track-only Valkyrie AMR Pro.

It's reportedly called the Track Pack and it can be best described as essentially being the standard Valkyrie only with more aggressive aero body components that'll come straight from the AMR Pro. Although there are some rumors claiming the AMR Pro will have more power than the Valkyrie road car, it remains unknown whether the Track Pack will also inherit the horsepower bump.

Chances are it will but it may not be quite as much. What's for certain is that the Track Pack will be fully road legal. In addition, the Track Pack may also include an even lighter carbon fiber tub compared to the one already set to be offered in the Valkyrie road car. Could it be part of the Track Pack? If so, that would mean the Track Pack will offer pretty much exactly what we'd expect: lighter weight, more aerodynamic, and additional power. Already Aston Martin claims the standard Valkyrie road car will have a dry weight of 2,200 pounds. How much will this Track Pack further shave off? We figure at least 100 pounds.

Lastly, it's still a mystery as to whether Aston Martin has offered the Track Pack option (assuming it exists) to all 150 Valkyrie customers (total of 25 Valkyrie AMR Pros will be made). If not, will the Valkyrie Track Pack consist of a separate production run? How much will the Track Pack cost as a standalone option?

We'll only learn those answers in due time. In any case, the Valkyrie road car will come powered by a Cosworth-built 6.5-liter naturally aspirated V12 engine good for 1,130 hp. A Rimac-built hybrid battery system will also be included along with a seven-speed gearbox built by Ricardo. Each of those road going Valkyries are expected to cost at least $3.2 million each. No word yet how much the AMR Pro will Track Pack will set owners back but we doubt they'll even feel the difference in their bank accounts. 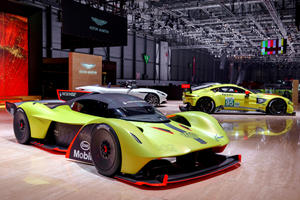 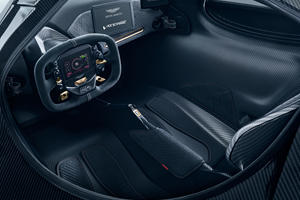 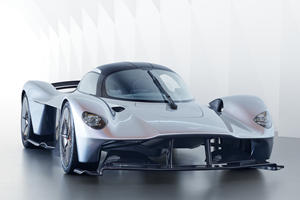 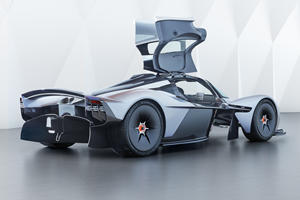 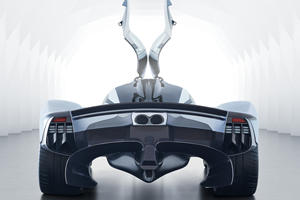