It's only a matter of time before the new Aston Martin Vantage drops its top.

We're still swooning over the new 2018 Aston Martin Vantage. It's easily the most stunning-looking car Aston Martin has built in a long time, although that shouldn't be surprising considering that it influenced the design of James Bond's dashing DB10. As much as we love the look of the coupe, it's only a matter of time before the new Vantage drops its top. Just a few days after its reveal, Russian render artist Nikita Aksyonov has produced a design showing us what an Aston Martin Vantage Roadster could look like. We're already sold.

Of course, it looks a lot like the coupe but with a hard-rear deck with a coweled tonneau cover similar to the previous Vantage Roadster instead of a fixed roof. X-Tommi Design has also produced its own take on a Aston Martin Vantage Roadster, finished in the vibrant Lime Essence green shown in the publicity photos. Looking at Aston Martin's history, we'll inevitably see a Vantage Roadster at some point, but we can only guess when it might arrive. It took Aston Martin about a year and a half to turn the DB11 coupe into a Volante convertible, so a convertible Vantage is likely at least a year away. If the outgoing model is anything to go by, a roadster will be just one of many variants we can expect to follow the coupe.

The new Vantage debuted with the same AMG-sourced 4.0-liter twin-turbo V8 as the DB11 tuned to produce 510 horsepower and 505 lb-ft of torque, so we're fully expecting to see a V12 variant to follow. Also expect to see track-focused versions of the new Vantage clad in carbon fiber in the future. 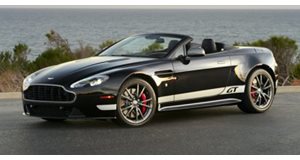 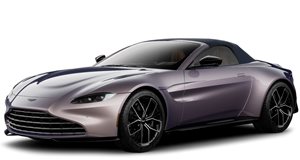