Does BMW have another styling winner on its hands?

The G20 generation BMW 3 Series has been on sale for several months now and so far, the car seems like a nice improvement over the last generation F30 car. A faster M version is quickly approaching and we have already seen a few spy shots of the two-door 4 Series, which will come as both a coupe and a soft-top convertible.

The 4 Series was first spotted on the back of a transport truck, making it difficult to get an idea of how it looks on the road. Now, our spy photographers have captured the first images of the 4 Series Coupe driving on the road and early impressions are positive.

The 4 Series resembles its big brother, the 8 Series Coupe, but downsized to a smaller form. To our eyes, BMW naile the styling of the 8 Series and the 4 Series looks like it will have similar proportions with an even sportier design. Pricing will undoubtedly be less than the 8 Series, so those who can't afford the 8's $88,000 price tag should be excited for the upcoming 4 Series.

Engine choices should be identical to the 3 Series, meaning the base 430i should be powered by a 2.0-liter turbocharged four-cylinder producing 255 horsepower and 295 lb-ft of torque going out through an eight-speed automatic. Like the 3 Series, it is unlikely that BMW will offer a manual transmission on the non-M car.

At a later time, an M440i will arrive with a 3.0-liter turbocharged inline-six engine producing 382 hp and 369 lb-ft. This is the same engine found in cars like the BMW Z4 M40i and its estranged sibling, the Toyota Supra. BMW is expected to reveal the 4 Series later in 2019, possibly in September at the Frankfurt Auto Show, with the car set to go on sale in 2020. After that, we can expect convertible and four-door Gran Coupe versions to follow as well – each expected to get their own M versions, too. 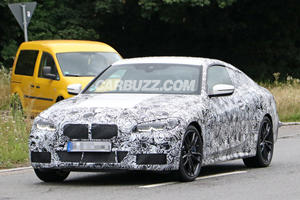 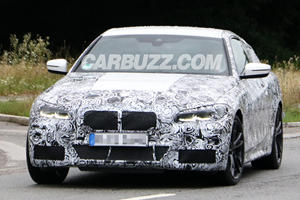 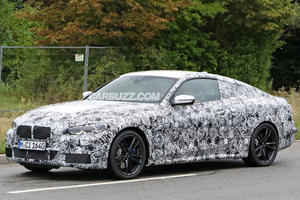 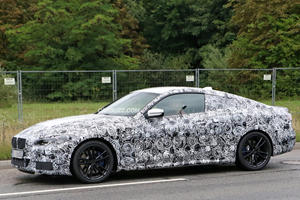 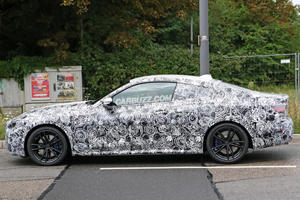 First Look
2021 BMW 4 Series Coupe First Look Review: Not Just A Two-Door 3 Series
This latest 4 Series wants to be taken seriously as its own model.