There will be massive repercussions for local automotive manufacturers.

Yesterday, the US Senate passed the Inflation Reduction Act by a single vote. Vice President Kamala Harris cast the tiebreaking vote. However, the bill still needs to pass through the House of Representatives before being signed into law. It's expected to pass the House before the end of the week.

The new bill removes the 200,000 car cap, which means EV buyers will receive a $7,500 tax credit on a new car and a $4,000 tax credit on a used car. It also appears that these credits can be paid at the point of sale, and owners will no longer have to wait for the tax season to roll around to claim it back. Instead of the previous 200,000 caps, the new cap is set for a decade and will end in 2032.

The new rules are more strict and aimed at getting US manufacturers less reliant on Chinese-built batteries. This is the main reason Ford, Toyota, and GM oppose the new bill, as they rely heavily on China to supply batteries.

We studied the proposed bill and found that only 12 EVs qualify for the new tax credit, including the Volkswagen ID.4 and the upcoming Chevy Blazer EV. The real winners of this new bill are PHEVs with battery packs larger than 7 kWh.

Unfortunately, the automotive industry is like a big ship. It takes ages to turn direction, and the biggest problem with the bill is forcing manufacturers to source material from within the States or from countries that have a free-trade agreement with America. The bill also mentions that the percentage of these materials will increase over time, making it even harder. Turkey recently discovered the second-largest rare earth reserve on the planet, but the USA does not have a free trade agreement in place with Turkey.

The bill is expected to pass the house, given the current split of representatives. Some amendments will likely be made, and you can bet automotive manufacturers are working hard to get the above-mentioned clause thrown out. As it currently stands, there isn't a single EV manufacturer that meets the bill's demands.

On the manufacturing side, $7 billion in grants have been set aside to speed up battery production in the USA. A further $3 billion will be available to manufacturers via the Advanced Vehicle Manufacturing Loan Program to retool facilities as needed. A total of $60 billion will be given to communities that historically have the most fossil fuel pollution.

The Inflation Reduction Act covers a broad spectrum of issues. In addition to promoting local EV production and convincing consumers to purchase EVs, it will lower healthcare costs and raise taxes for billion-dollar corporations.

It's widely believed to be President Biden's most significant contribution to the USA during his time in office, though not all economists think it's a good thing. According to the bill's authors, it will cut US emissions by as much as 40% by 2030.

While the bill is expected to reduce inflation in the long run, several economists have pointed out that it won't result in inflation cuts in the short run, which is what most Americans are hoping for. 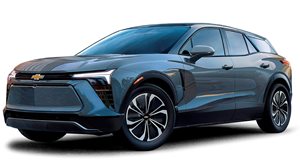 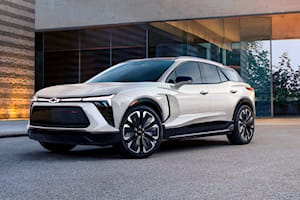