New Ford Focus Hybrid Is Another Great Hatchback We Can't Have

It could have given the Toyota Prius and Hyundai Ioniq hybrids some serious headaches.

The latest generation of the Ford Focus remains one of the top-selling cars in the European market and the Volkswagen Golf's toughest competitor. Now, a new Ecoboost Hybrid version of Ford's popular compact has arrived, adding further salt to the wound for American consumers who can no longer buy this excellent model, which is also offered in wagon form in other markets.

The 48-volt mild-hybrid system both enhances performance and improves fuel efficiency; it's the sort of technology increasingly seen in premium models like the latest BMW 5 Series and Mercedes-Benz E-Class. The 1.0-liter engine in the latest focus manages 153 horsepower, which is 21 hp short of a base Honda Civic Hatchback.

Not only is the new Focus more powerful than the outgoing version with its 1.5-liter EcoBoost engine, but it's 17 percent more efficient as well. Based on Europe's WLTP cycle, the new mill will only use about 5.1 liters of fuel per 100 km (62 miles). Impressively, Ford says that the new engine has a power density that is twice that of a 143-hp 2.0-liter gas-powered Focus from 10 years ago.

The belt-driven integrated starter/generator allows for energy recovery which in turn can be used to charge the 48-volt lithium-ion battery pack. The battery is situated under the front passenger seat, so both cargo and passenger space remain unaffected. The system has improved the Focus' start-stop technology and the car can now coast to a stop even when it is in gear.

The powertrain will also be offered in a detuned 123-hp version for buyers who don't need the added power. A choice of both six-speed manual and eight-speed automatic transmissions are available, and Ford also added a new 12.3-inch digital instrument cluster.

With precious few hybrid hatchbacks offered in the US - the efficient but much less fun-to-drive Toyota Prius is the main one - the new Ecoboost Hybrid version of the Focus would have had plenty of appeal if it were offered here, as would lower-powered versions of the all-new Volkswagen Golf 8. But with VW electing to bring only the pricier GTI and R versions of the new Golf 8 to North America, fans of these talented hatchbacks have a lot fewer options than they did just a few years ago. 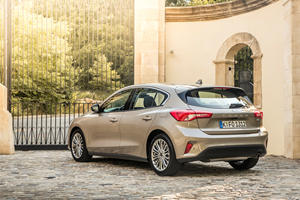 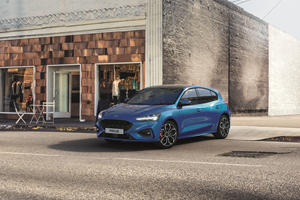 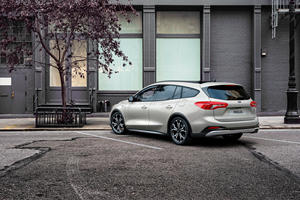 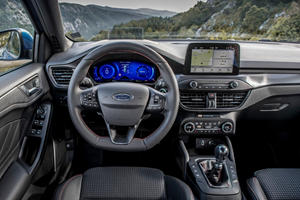 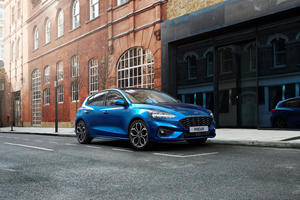 Test Drive
2016 Ford Focus Black Edition Review: We Flew To Europe To Drive This
OK, so that wasn't our only reason for going.