New Lexus LFA Will Use Twin-Turbo V8 From Endurance Racer

That's one way to ensure an engine will last.

The LFA changed the way people look at Lexus forever. When it was introduced, we thought the Japanese brand had gone mad. It charged $375,000 per car, which turned out to be a good investment. These days, people are happy to hand over in excess of $1 million for an LFA, except when it's wrapped in chrome.

The LFA's successor is coming, albeit as an EV. This news put a huge dent in our spirit until we found out that Lexus might be offering the all-new LFA in two flavors - EV and ICE. But where would this ICE engine come from?

An earlier report suggested a 4.0-liter twin-turbocharged V8 with hybrid assistance, but also no information with regards as to where it will come from.

According to the Japanese website and magazine, Mag-X, the answer has been under our nose all along. The powerplant will be borrowed from the Lexus LC endurance racer, which has been overshadowed by Toyota's continued success at the Nurburgring 24 Hours.

To compete against its German rivals, Lexus designed an all-new twin-turbo V8 for the LC racer. This news was first shared with the world in 2020, but the hype around it quickly died down, mainly because Lexus ditched its efforts a few months later due to the pandemic.

At the time, Lexus stated that more details about its twin-turbo V8 would be released later and that it would be introduced in a sports car at some point in the future. 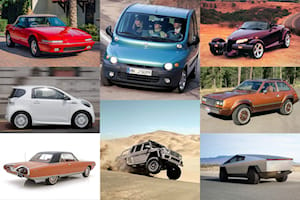 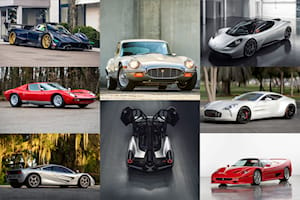 When the news broke, it was widely believed the engine was being kept in reserve for a go-faster LC derivative. While the LC is sensational-looking, its 5.0-liter naturally aspirated engine has always lacked the pace to go up against rivals like the 911 and BMW 8 Series.

If this rumor is true, the LC will continue to be a player in the grand touring segment, leaving the all-new LFA to go after the full-fat supercars.

The Lexus Electrified Sport Concept, widely believed to be the next-generation LFA, will make its American debut at Pebble Beach Concours d'Elegance. Since the USA was the biggest market for the original LFA (190 out of 500 cars made), it will likely want to make the big announcement on American soil.