Off with their heads, says Merc's research and development boss.

Earlier this year, Mercedes-Benz's head of research and development, Marcus Schafer, confirmed what we've been suspecting for a while. There are too many models, specifically on the drop-top side.

The first spy shots of Merc's new drop-top model recently surfaced. However, according to Auto Express, this model will use the CLE nomenclature. Rumors of the CLE's existence first surfaced in mid-2020, but we now have a clearer image of what it will be thanks to these spy shots we originally thought was the C-Class Cabrio. As the CLE name suggests, it will cover a broad range of convertibles and coupes, though the latter will only follow at a later stage.

We know that the SLC has been axed, and it will not be replaced. An all-new SL is in the final stages of development and will eventually replace both the AMG Roadster and the S-Class Convertible as the German marque's top-ranking convertible GT car.

BMW is already set to do the same. The 4 Series base convertible models will play around at the bottom end of the segment, while the upcoming M4 Convertible will take care of the top end. After that, the 8 Series takes over to compete in the S-Class convertible segment.

According to the rumors, the CLE will arrive in 2023, following the introduction of the all-new SL. It's a smart move from Merc's side and a tactic almost as old as the automotive industry itself. Introduce an aspirational halo model, followed by a more affordable version.

There are no confirmed CLE details available, but we think it's safe to assume that it will ride on the new MRA-2 platform used for the new S-Class and C-Class. It's adaptable enough for both four- and six-cylinder applications. We know the next C-Class AMG will be a four-cylinder with hybrid assistance, but Mercedes could just as easily bolt its new 3.0-liter inline-six with mild-hybrid assistance under the hood.

If you look at the images below, you can see the design difference between the CLE and the upcoming SL. There's a clear distinction between these two models. 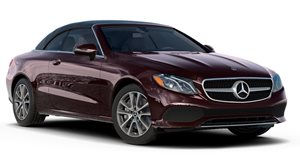 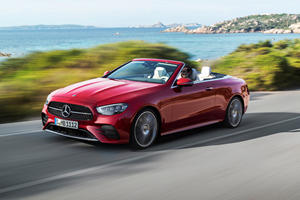 First Look
2021 Mercedes-Benz E-Class Convertible First Look Review: The Comfy Cabriolet
Not all convertibles have to be sporty and aggressive. 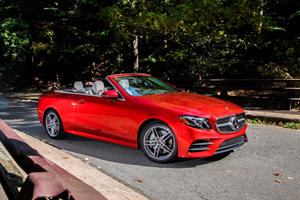 Model Overview
2020 Mercedes-Benz E-Class Convertible Review: In A Class Of One 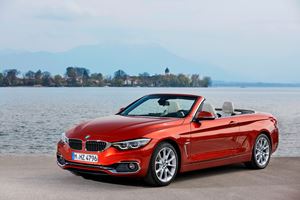 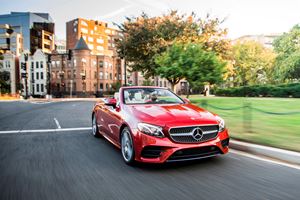 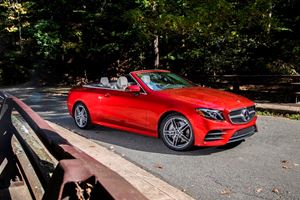