New Spanish Performance SUV Could Make It To The USA

The Cupra Terramar could be the model to crack America.

If you're an automotive enthusiast, there's a good chance you know about Cupra.

If you don't, it was a model designation used by the Spanish brand, Seat. Cupra eventually became a subbrand specializing in performance cars. It builds a long list of cars we'd love to have in the US, and now that list has one more model on it.

Meet the Terramar, which was recently introduced as part of a new three-model strategy to lead Cupra into the electrified era. It was unveiled alongside the Urban Rebel, which appears to showcase Cupra's design DNA going forward.

"Tonight, we show the entire range of CUPRA's next generation of heroes to be launched by 2025," said Wayne Griffiths, CEO of Cupra. "In the midterm, our aim is to deliver 500,000 cars per year and push forward with our international expansion into new markets as well as entering new segments."

Could one of those new markets be America?

The Terramar is not Cupra's first plug-in hybrid, but it is the most desirable one so far. It will make its global debut in 2024 and will be built alongside the Audi Q3 in Hungary.

Though the plug-in hybrid Terramar is the big news, Cupra will still give customers the option of going for a traditional ICE engine. And since Cupra is a performance brand, it will likely use one of the VW Group's hottest engines.

Given the proportions and the fact that it shares an assembly line and platform with the Q3, we're most likely looking at some version of VW's 2.0-liter turbocharged four-pot, as used in the Golf GTI and Golf R.

The PHEV details are also scarce, but Cupra says the Terramar should be able to do 62 miles on electricity alone.

Since the Terramar is named after the Sitges-Terramar racing circuit just outside Barcelona, Cupra will likely want it to shine in the handling department. Cupra also confirmed that the Terramar would be its last ICE model, and it will want to go out with a bang.

"Terramar, our new sporty hybrid SUV, perfectly combines bold proportions with a long striking bonnet, while the shark nose means breakthrough resistance and the determination to win," said Jorge Diez, design director at Cupra. "Thinking of how the driver will feel, we provide a unique experience with the latest technology, thanks to the driver-oriented interior concept. All in all, a 4.5 meter long (177 inches) SUV, with Cupra DNA ready to shake one of the most competitive segments". 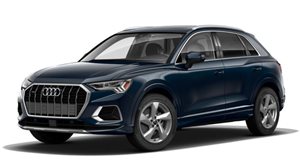 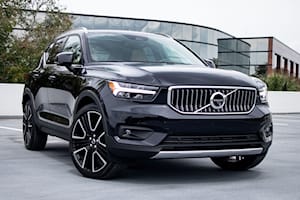 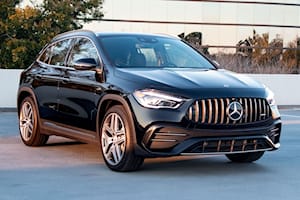